A Few Minor Adjustments by Amagire 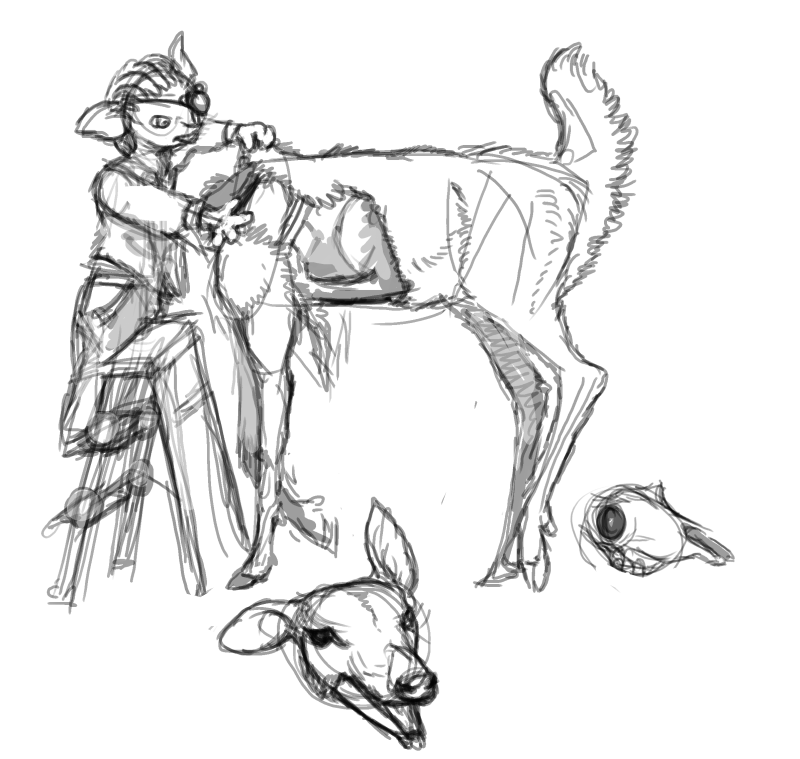 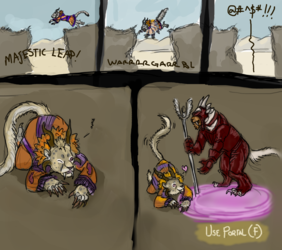 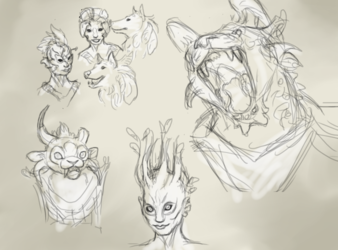 I'll just copypaste the description I wrote for this on Tumblr. Character not mine, but used with, ah, permission-after-the-fact.

I'm not *entirely certain of the whole story here, but I do know that Syfyrr the oddball asura golemancer is magnificently pissed off that someone took an axe -- a gnarly half-forged piece of Hoelbrak hog iron, no less -- to her state-of-the-art taxidermy deer golem. What was it doing out there in the woods? IDK. Maybe it was conducting a study of real deer behavior. Maybe it was assessing various predator response. *The point is, it was minding its own business.

Sure, maybe it malfunctioned a little bit. Maybe it chased some foresters up a tree. That's why they get hazard pay. There's no call to be taking crude edged weapons to sophisticated golems just because they slightly happened to kick Terratechnician Tugg, Arbiter-Secretary of Natural Resources, into a gorge, and maybe cause a few bark abrasions to his more arboreally-inclined support staff. NO ONE WAS HURT. Much.

Norns.* Every last one of them a bookah.*