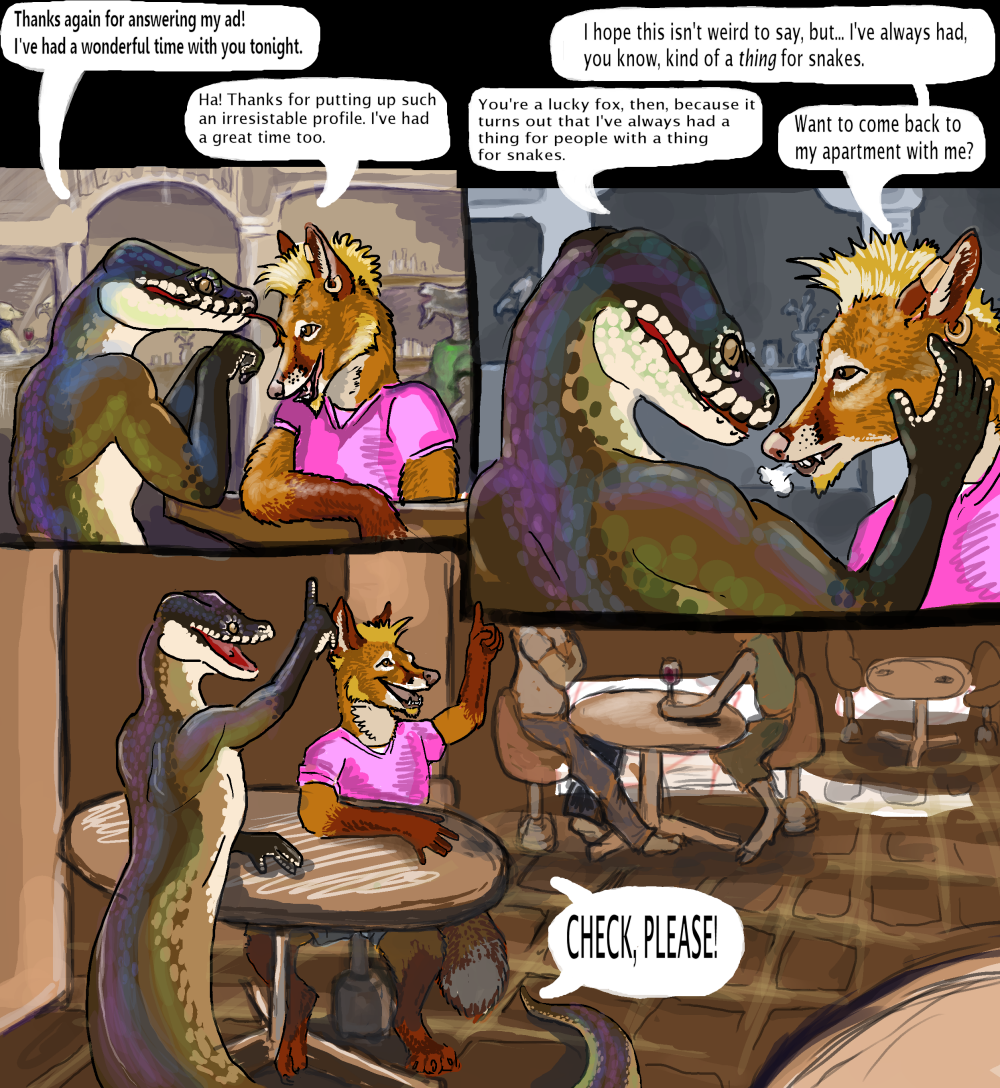 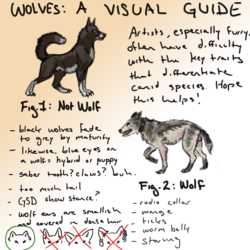 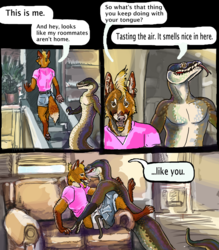 Cameron the Bad Hook-Up Fox started out as a joke between artist friends, but he remained so damn cheerful about all his unorthodox liasions (including, but not limited to: a giant banana slug, a pair of mallards, and a dragon) that he ended up as a recurring character. Here he is in his comic debut, also featuring Nat the white-lipped python naga.

This is my first excursion into sequential art. Hopefully not the last.