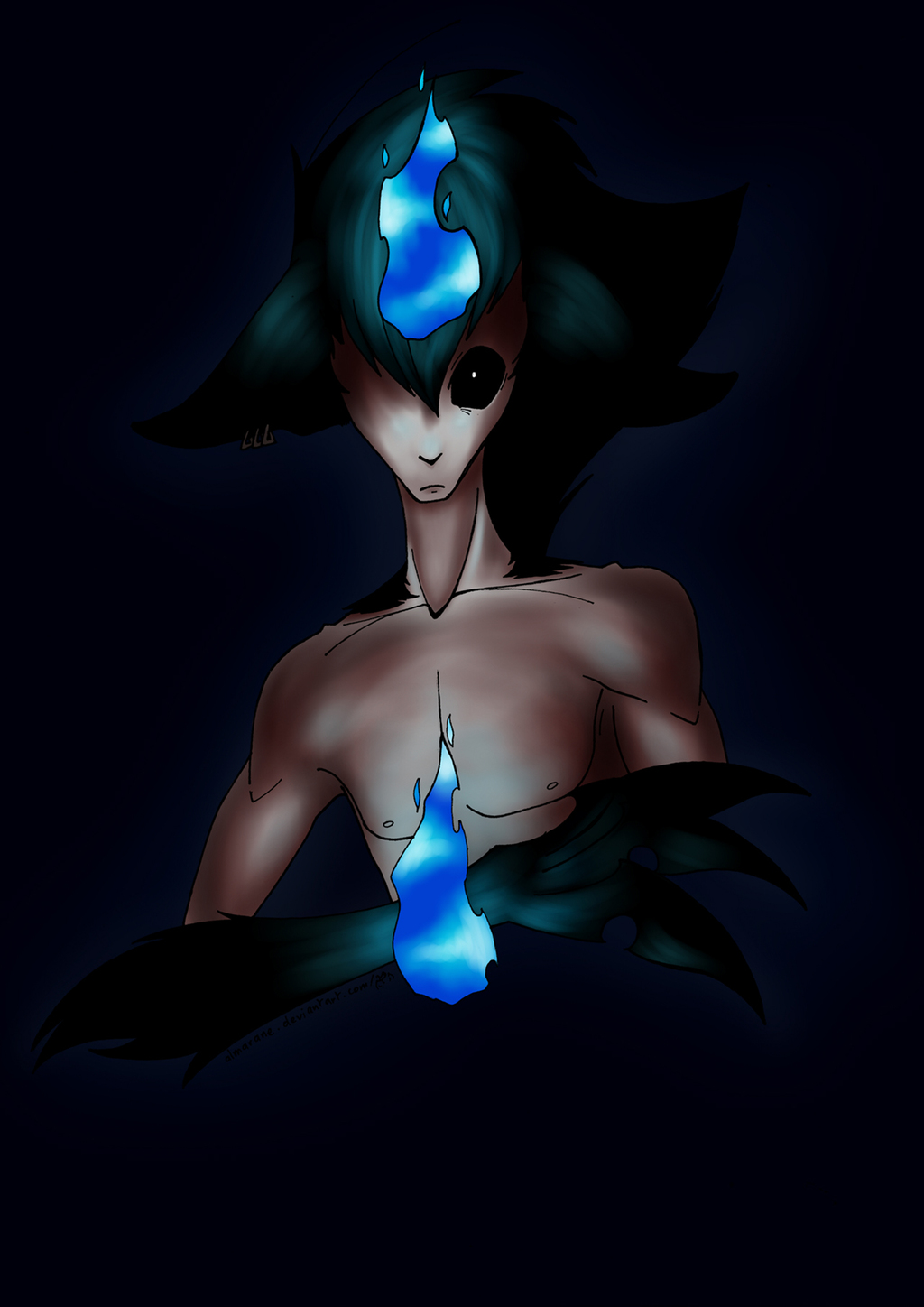 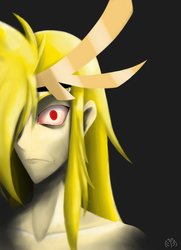 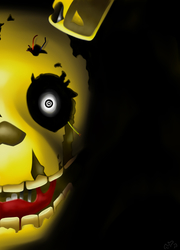 GH, I needed to draw SO BAD ! And this drawing was lying on my computer for a month, so I decided to color it. This was a good way to train with color and light. The color pattern in this drawing is different from usual : his skin is a shade of gray without the shadows, instead of being tanned, and his fur is solid black.
This is Caloremel in a somewhat "berserk mode", when he was in his home game, right before loosing Nivemel and being thrown to CrashGrind. His flames were blue instead of red in this state, since blue fire is hotter than red fire. Also, his hands used to morph into demonic claws when he was in "battle mode". He lost those two features when he arrived on CrashGrind.
I still don't know if he'll get those features back or not. But if he does, I'll probably design his claws to look more badass P: