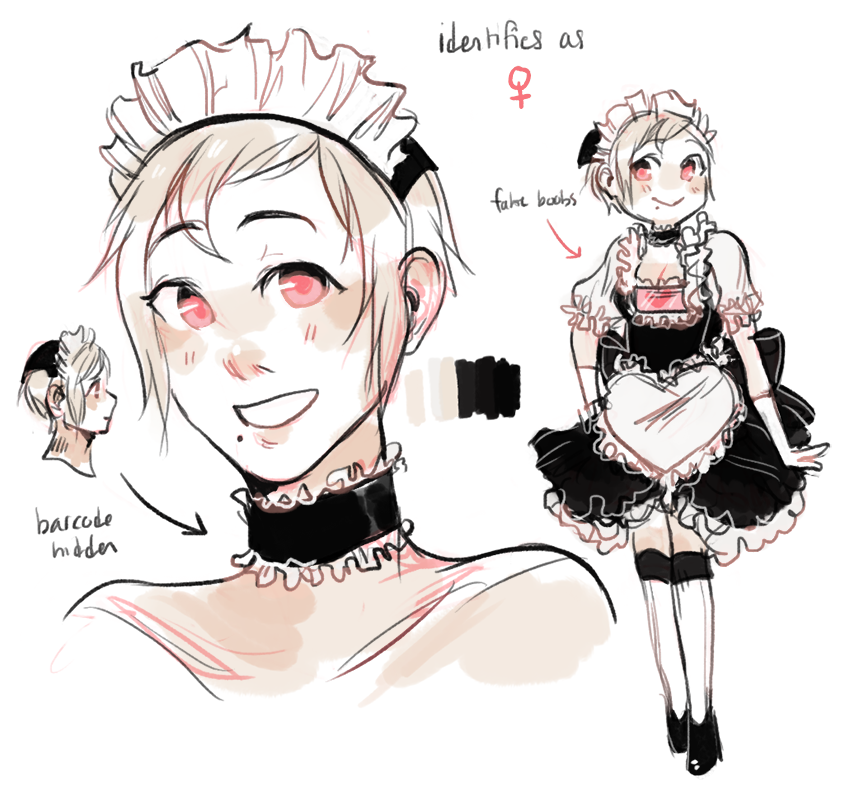 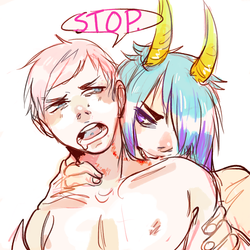 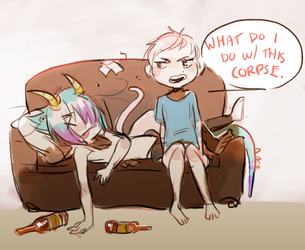 ok so she's femme leaning androgynous, still has male parts but identifies as a female!! she's one of the two companions to a rich guy and has dokis for the other meido companion who actually respects her gender identity... they used to not like each other and fought over the master but the master made them do stuff to each other like a perv and now they're rly in DOKI ROBOT LOVE BASICALLY... they kind of put ona show for master kun but theyre super intimate and lovey when they're alone together