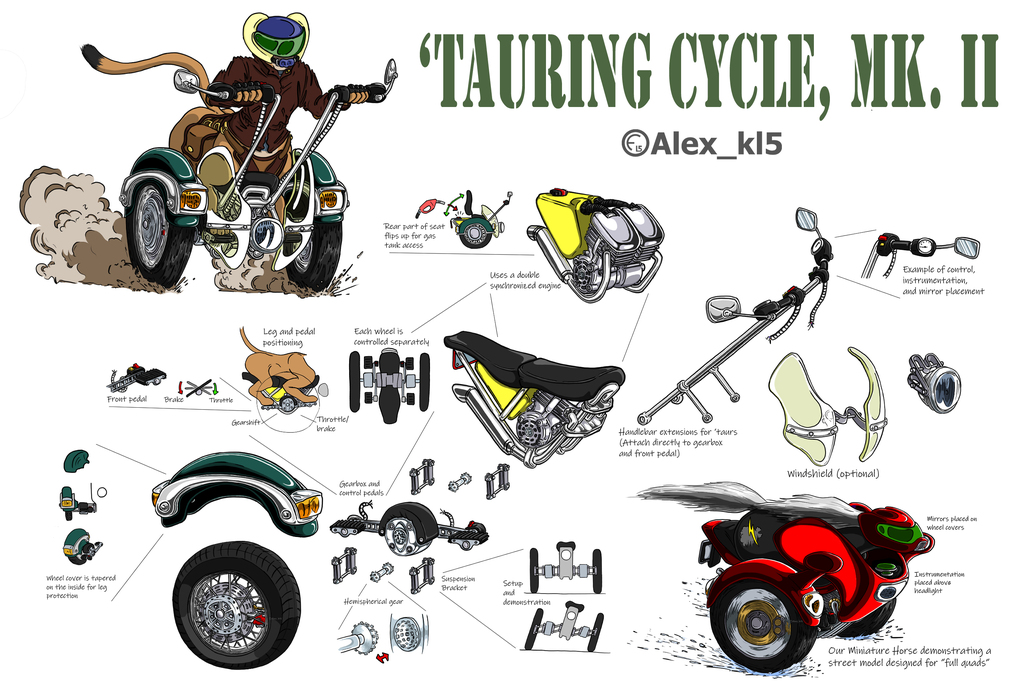 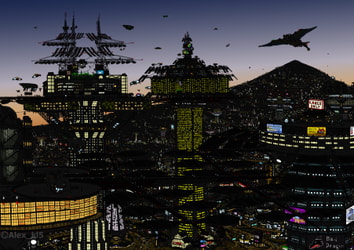 Also, a not insignificant amount of time was spent making various thumb sketches and brainstorming. Possibly around 3x the amount it took to do the pencils.

I decided to revisit this design again: https://www.weasyl.com/~alexkl5/submissions/1626417/the-refugee-tauring-cycles

A couple people had mentioned earlier about how weight might be a problem with the first design, and though I used some cultural explanations for it, the more I think about it, they're right. The original might work with a powered exoskeleton, but honestly I should go for something that wouldn't need so much preparation to use.

And thanks to things like segways and hoverboards, it's now possible to design a self-balancing vehicle that's at the very least believable, so it no longer has to be made into just another trike. (I've learned a lot about some of the newer technologies out there during the reference and study period for this drawing, such as the existence of "spherical gears" and whatnot.)

This officially is a design for that story that I'm always talking about, but honestly, this could really work with the fandom as a whole. There's plenty of potential to incorporate options derived from normal motorcycle designs to go with this.

Anyways, the copyrights and watermarks are on the drawing.

(I apologize for the white background, I thought about doing tan, but by the time I thought that, I was so far ahead I would have had to redo about an hour and a half's worth of progress.)