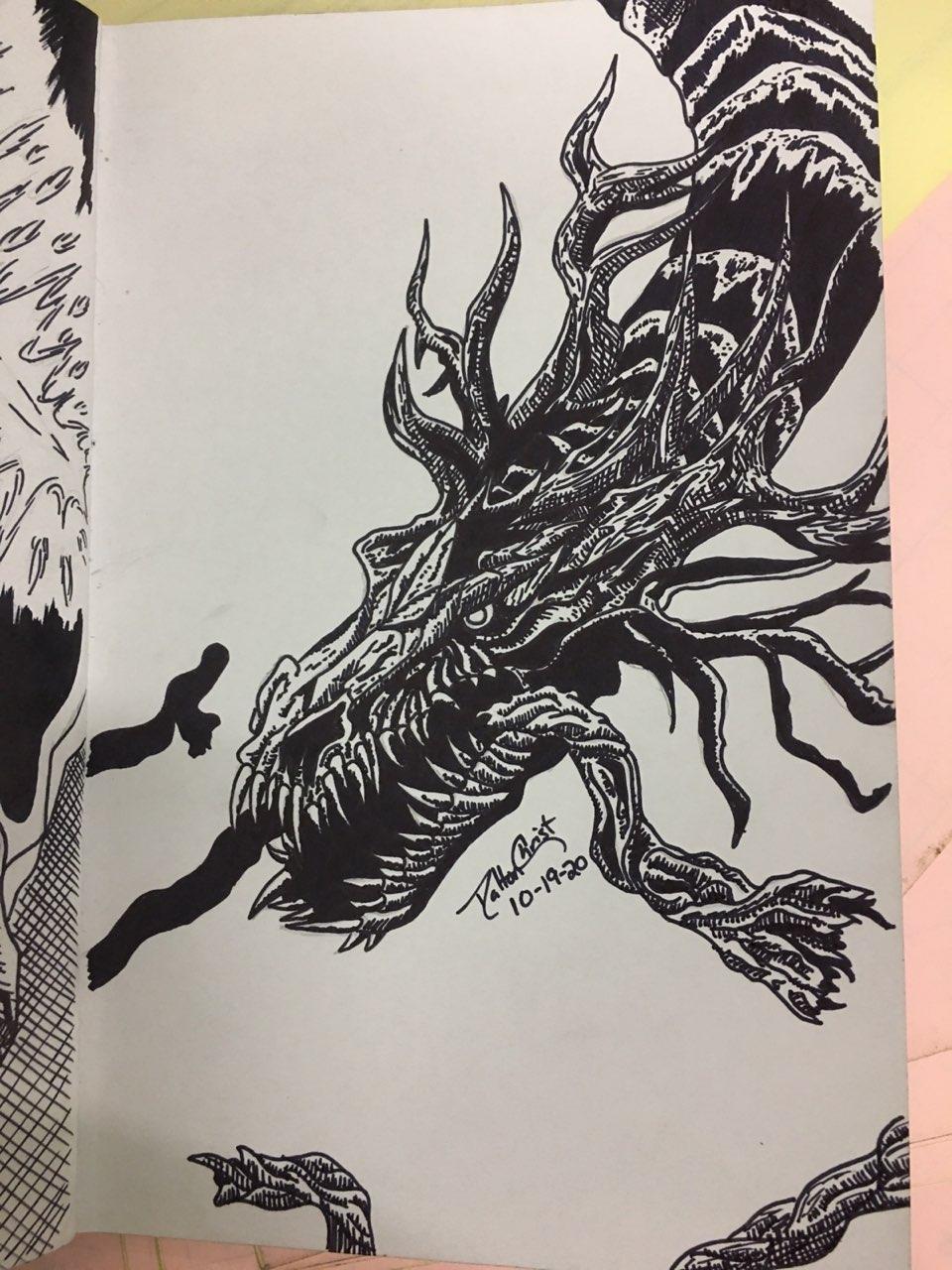 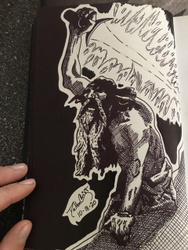 Nidhogg (Old Norse Níðhöggr, literally “Curse-striker” or “He Who Strikes with Malice”) is the foremost of several serpents or dragons who dwell beneath the world-tree Yggdrasil and eat its roots. This is highly injurious to the tree, which holds the Nine Worlds of the cosmos.[1] Nidhogg’s actions have the intention of pulling the cosmos back to chaos, and he, along with his reptilian cohort, can therefore surely be classified among the giants (or, as they were called in pre-Christian times, “devourers”).