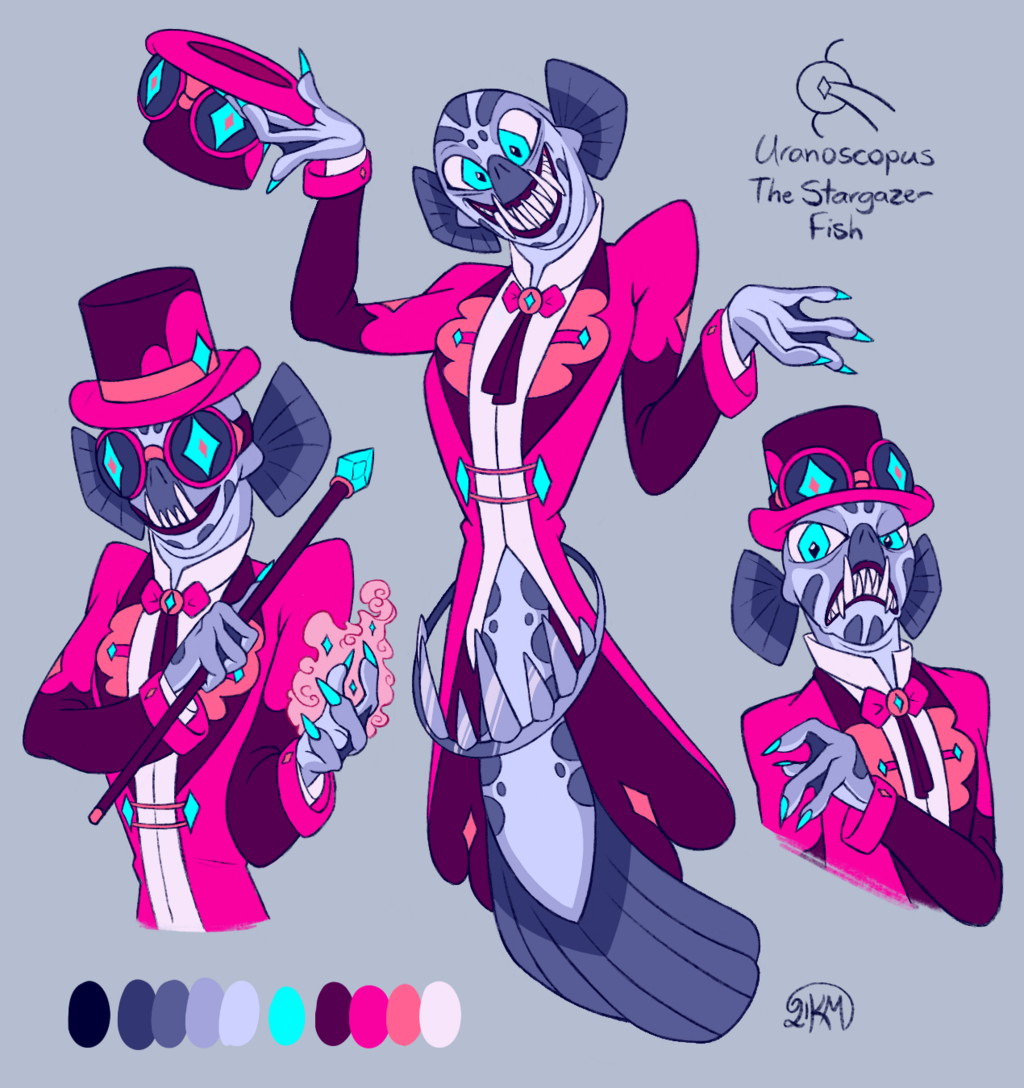 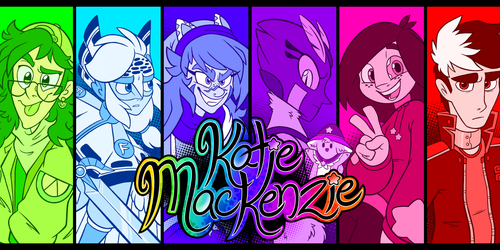 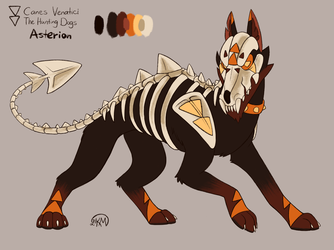 Today’s design I finished up based on a defunct constellation of a stargazer fish, Uranoscopus! She’s the ringleader of the Sky Mirror Circus, and with an already magical world like Asteria, she has to be a pretty impressive magician in order to wow her audience. As a result, she’s drawn to the most dangerous and death-defying tricks that she and her crew can muster!

Her signature trick is called Urania’s Mirror (a reference to a series of sky maps of the same name), where the ring around her waist turns into a mirror that can trap anyone who touches the glass. The mirror is then dropped from on high, and the captive “volunteer” must escape the mirror before it shatters.

If you’re wondering at this point where I’m going to put all of these designs, the short answer is I’m figuring it out as I go! As I continue to develop the world these characters inhabit, I’ve been establishing a sort of hierarchy in terms of which characters appear in the main story versus side stories, as well as incidental appearances versus recurring ones. It’s much easier to do that once I have a tangible direction to take for the character though, so it’s going to seem pretty random if it isn’t already! For now I’m just having fun making cool characters, so I hope you enjoy. :)