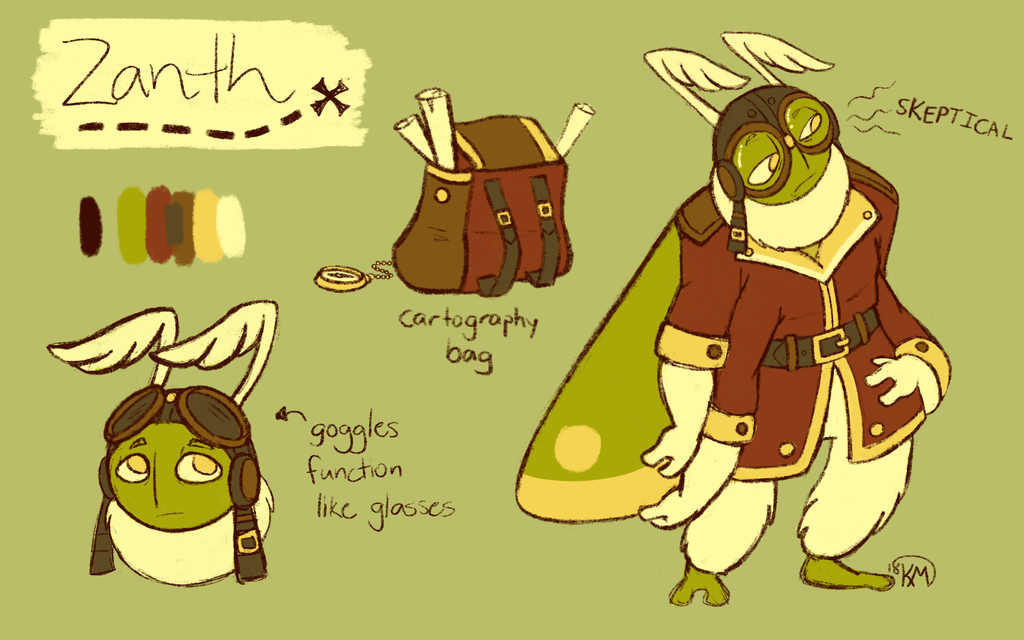 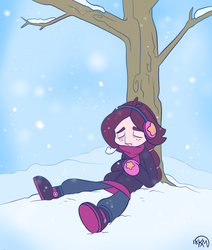 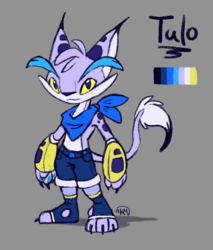 Zanth, the Z-Squadron's resident cartographer and primary navigator. He's the most skeptical of Kiida at the beginning, claiming she brings more danger to the group than anything. The most drastic colour scheme change so far, though I did picture him having the red coat from the beginning. When I was making the group shot, I had difficulty harmonizing the colours so I put that idea aside until now. Once I give everyone ref sheets I'll do another side by side comparison and maybe change some things, but this is nice for now. Harmonizing red and green colour schemes is difficult!