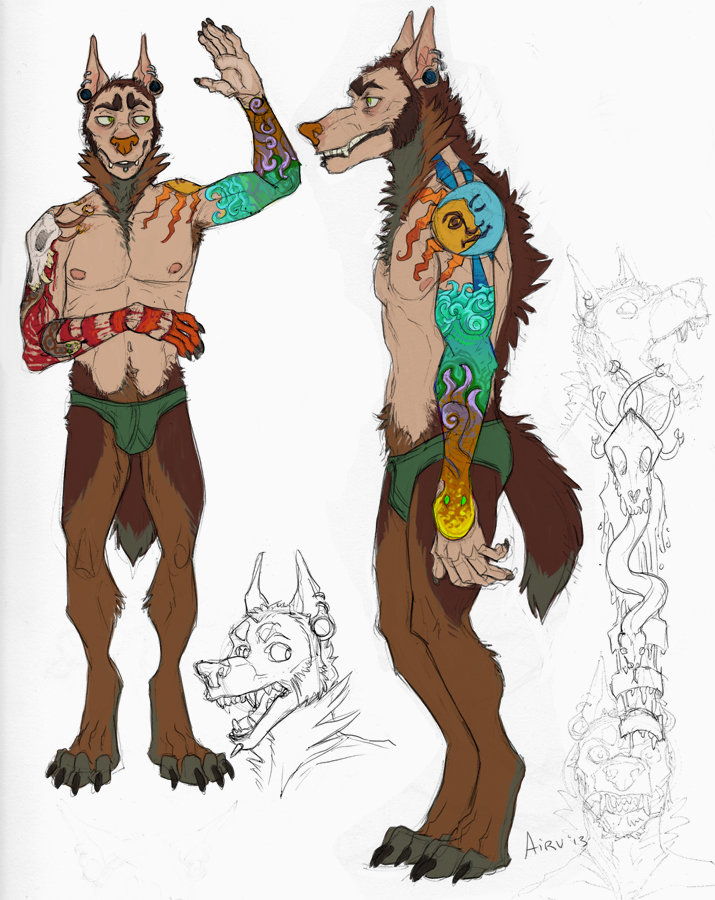 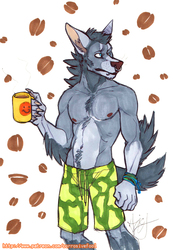 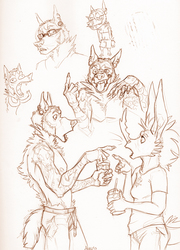 This is a personal character I made a while ago and haven't gotten around to drawing much anymore ;_; I haven't drawn much of anything for myself lately, but at least the characters still exist.

Luke is a Warilla in an earlier stage of the evolution, as compared to Conrad for example. All the places on him that are skin-colored haven't grown fur yet.
He wears glasses sometimes, plays the electric guitar, and likes puppies and that's as much as I know right now. He's still in the early stages of creation, even tho I made him a while ago. I just haven't spend enough time with him to elaborate too much, yet!