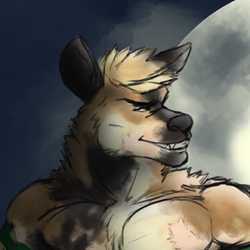 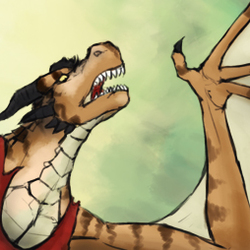 Ryan led his friend down an old road and into those old woods— woods that most people didn’t go into. Ryan wasn’t most people.“You said you wanted to show me something, not lead me on a cross country late-night run. Where are we going again?” his friend asked again.

Ryan turned and answered “Did you forget again? The jungle! Where else would we be going?” His friend balked, “The Jung-how? There’s no jungle here!”

“It just depends where you look!” Ryan proclaimed. “It’s around the corner here.” Sure enough, and against all odds, they rounded the corner, and found themselves in the midst of a mysterious jungle. In disbelief, his friend stammered, “How long has this been here?” Ryan shrugged, and leapt over a root.

His friend followed, unsure were exactly Ryan was leading them, but eventually, he came to a stop in a semi-clear section of the jungle. Through the trees the light of the full moon was ekking down toward them. Ryan turned to his friend with a big grin, “Now we’re ready for it to start!”

His friend looked at him quizzically, “For what to start?” He asked as the light reached them through the foliage of the odd jungle. Ryan pointed to his friend’s hand, and exclaimed. “It’s begun!”

"What has?”, but before he could get an answer, he saw. Orange hairs had spread across the back of his hands, it was thick and spreading quickly around his hand, and up his arm.

Ryan too was experiencing the odd hair growth, golden fur raced from where the light touched him all around his body. In the odd light he was growing, becoming larger and more solid. He smiled as his growing body stretched. A tail swished out behind Ryan’s growing frame, and his shoes exploded as feline paws grew in.

“You’re not doing it right!” Ryan exclaimed. As his tail popped out and his frame started to grow, his friend asked, “Well, what should I be doing?”

Ryan’s ever-more-feline snout smiled, “You should be doing THIS!” And without another word, Ryan grabbed hold of his straining shirt and tore it off.
“Now that’s how you transform!" Tossing the scraps and shaking his mane out he looked over his finishing changes. “Nice!”

After seeing Ryan’s obnoxious display, his friend laughed as the feline changes wash over him too. Soon there were two were-cats standing in the jungle under the full moon. “Now what?” the friend asked, Ryan just shrugged.

I've been waxing and waning about tigers for the better part of a year, and :lostcat: decided to make me join him in a good old were-feline tf. I do still really like tigers!