[YCH] Fill in the Gaps! by aFurreak (critique requested) 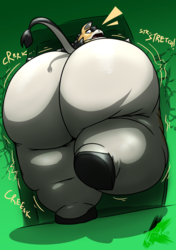 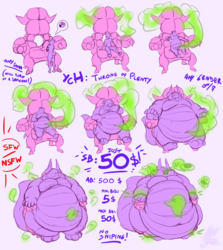 Woooo! It's finally complete! What a ride!
I had to exclude two XS slots, but that was no problem at all! More squish for all!!!

C A S T :
(from left to right, everybody from FA)
Nightwing35: He couldn't avoid pressing his lips against the Hippo's swollen cheek!
Sumo-griz: He couldn't avoid pressing his swollen cheek agains the Durg's lips!
Macro-marco: He just can't stop inflating and FILLING THE GAPS!
Axxiswolf: A prime example of imminent peaceful death by squish-squish!
Zedex: Probably the biggest fatass of the entire YCH!
Greendragon101010: He was going to be a girl but his moobs were big enough to keep him as he is! (a fatboi)
Dragonkasairyu: He was completely silent in this YCH!
Sleepyras: And he used to be human but... not so much anymore!