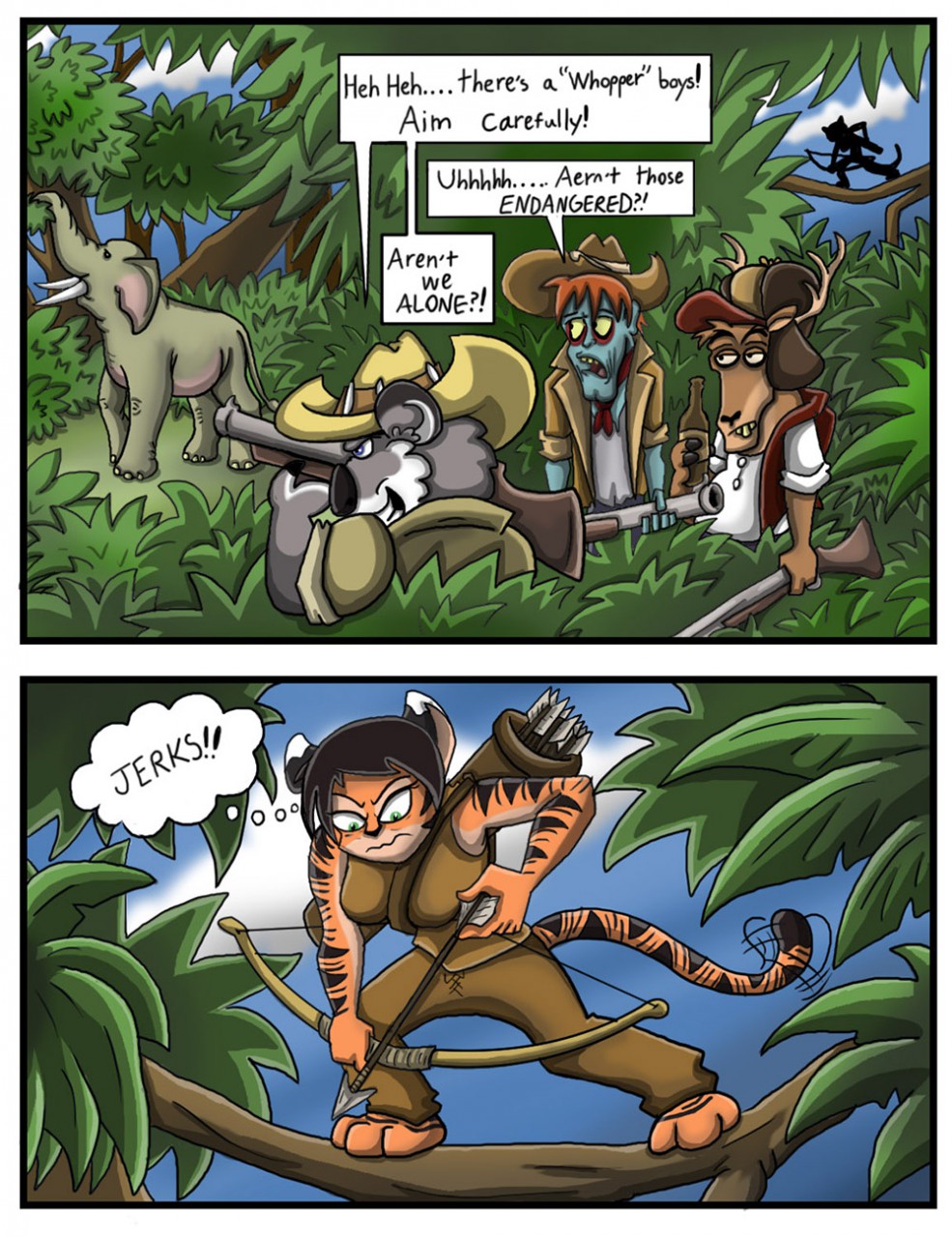 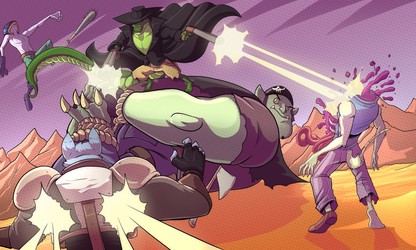 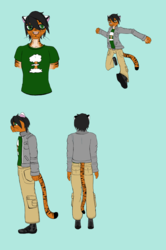 Oh no folks, looks like an elephant picked the wrong place to have a bite...fortunately, these poachers picked the wrong spot to hunt. Anala's taken offense to their taste in hunting methods. This was drawn for me, and quite well, by http://www.furaffinity.net/user/shinragod

Anala Mritue's weird, fundamentalist parents might have believed that hunting licenses were the sort of things you tell your children to scare them, but not even they approved of hunting endangered species. Partially because they thought it was wrong and partially so that when the numbers of various animals were at a more sustainable level future generations could enjoy hunting them.

Anala however legitimately hates the idea of endangered animals being hunted on principle, most especially when it was being done for sport.

She may not actively have gotten out to hunt these kinds of dicks, but Anala Mritue is always willing to deal with these kind of shits when she found them.

Which was what these three assholes were about to discover...

Anala Mritue belongs to me, and in a way so do these other jerks.