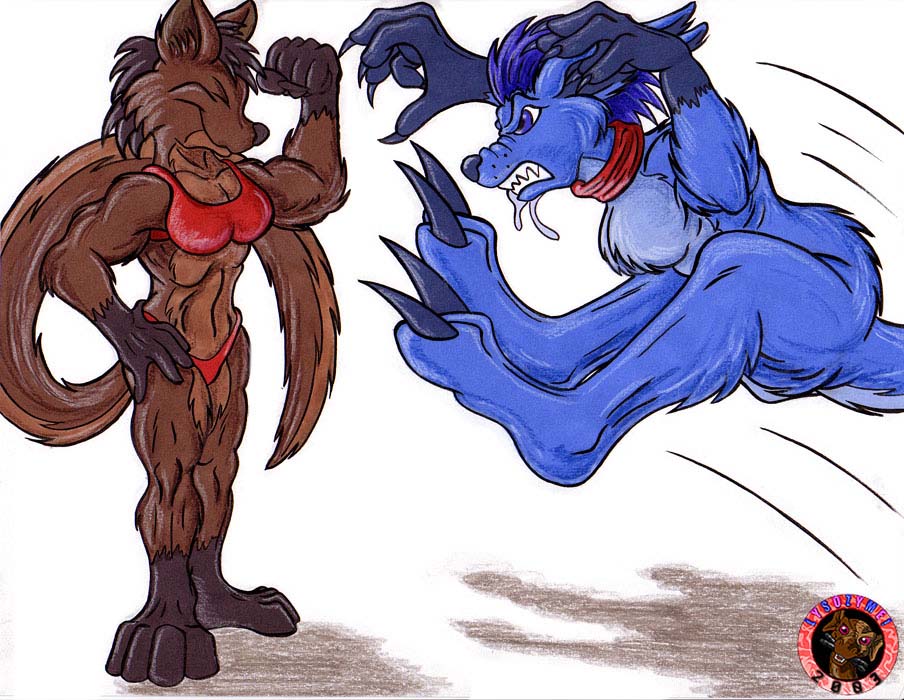 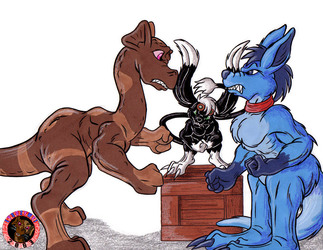 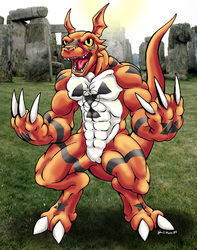 Smug Teeks 'bout to get knocked out!

Seeing Lyso, X-Ray and Blue Roo arguing what looks like whom has the largest muscles, Teeka decided to show off her own. Flexing her left arm, her bicep tensed, becoming solid as hard stone and as large as a small watermelon. "It doesn't matter between you three, I clearly have the largest muscle!" To which Blue, already heated from the argument, bounded aggressively toward the prideful Teeka