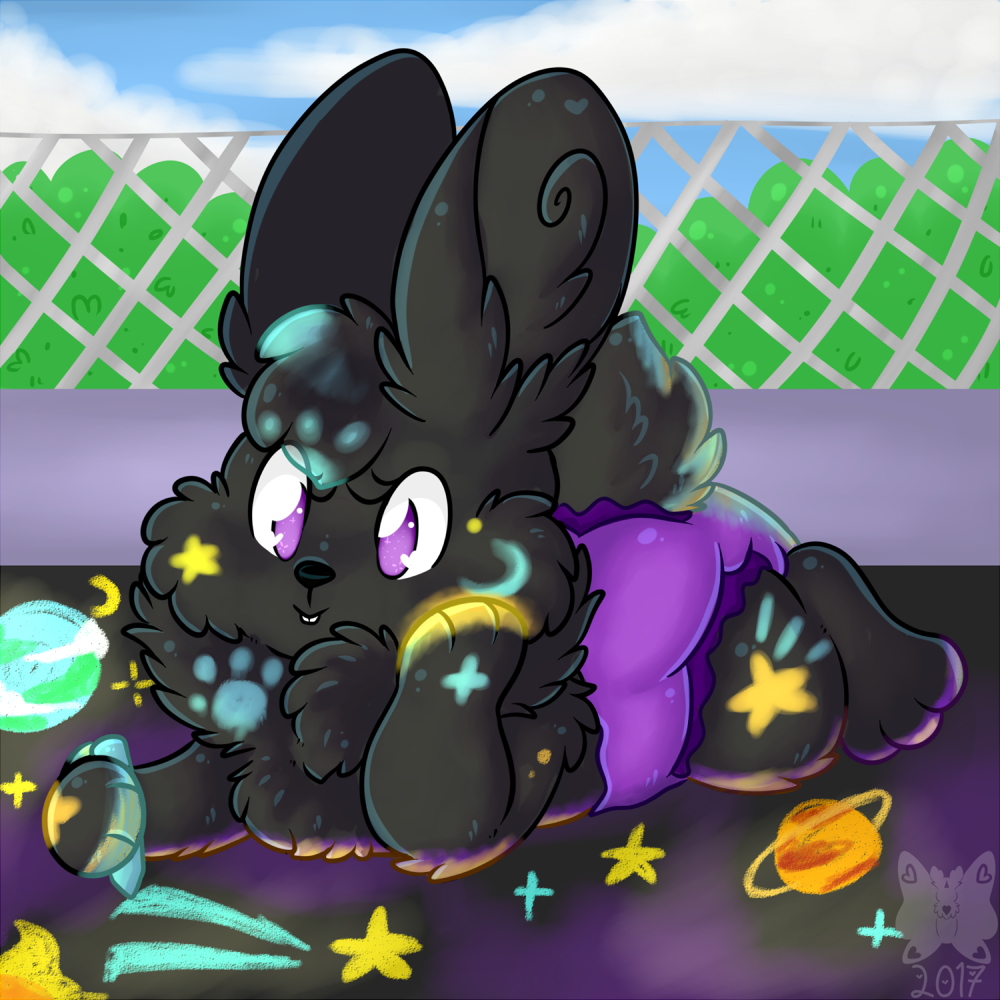 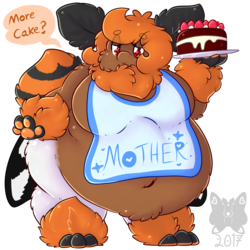 Whoops. Time for something completely different from the usual stuff I do.
On extremely rare occasions I might post (clean) babyfur stuff on here and if anything it'll be of this character.

I've had this character since November of last year and hardly give her much attention even though I love her so much. Haha. She's sort of the embodiment on my love for chalk and space when I was really young---even though I still love drawing with chalk now and I am still very much space obsessed.

I thought a pure black (or dark grey if any of you want to get technical about it) bunny with 0 colors to her other than her eyes was a nice concept.
The bottom of her paws, belly, elbows, and knees are constantly covered in chalk. She's usually blending into the black pavement she draws on constantly, making it hard for others to notice her sometimes.

She will chalk up designs in to her fur (usually in relation to space) or pat down her paws into her fur---leaving little paw markings behind. Nothing is ever permanent, though. Her parents give her baths frequently but it's OK---She'll get all chalky again soon enough. Her parents don't mind since it's not permanent.

While the title says "Chalky" she is actually nameless. But I guess we can pretend that's what the other kids call her at the playground.

Sooner or later I'll try thinking up a name for her but I can't decide on a decent one for her. ;v;/