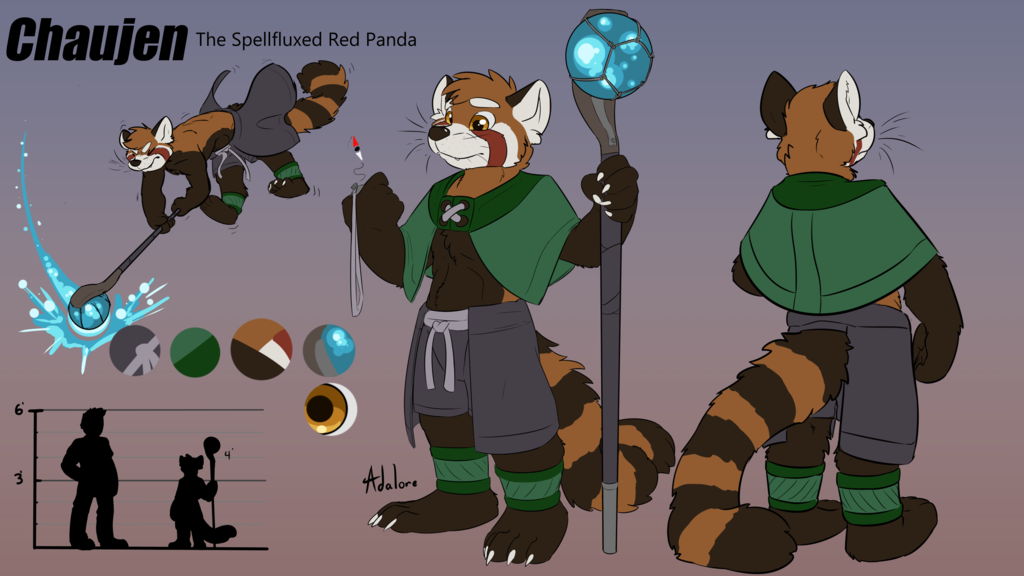 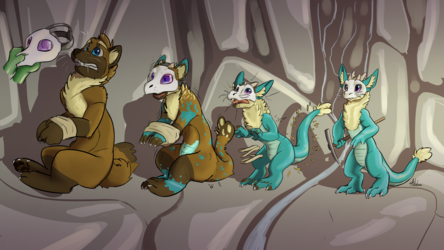 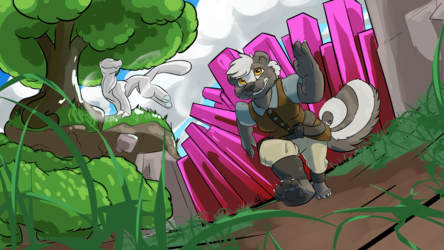 This is my character Chaujen, he belongs to the Manatear setting. As evident to the picture he is listed as a Spellfluxed Red Panda, in setting his shape would be refered to as a "Wah". Unlike Nicole and Dylend he has never been human and was born native to the magically radiated Manatear.

Chaujen is a wayfinder, he explores the edges of unstable areas of the tear where themes rise and fall. While there are plenty of stable and maintained spaces within the tear the spaces between them are frequently shifting spaces. Routes between these islands of stablity constantly shift and need maintence or in worse case need to be remade. To stay safe, or at least safeish, Chaujen carries a lantern club with a special condensed form of magic made physical, this refined form being bane to any creature without the dense inner essence of the spellfluxed.

Aka, most monsters as long as they are not at least a decade old, really hate this rock on a stick. It also works as a lantern!

Should the lantern fail though he has an incredible full sprint speed earned through trial by fire jobs gone wrong.

Being a born Wah without a last name reveals unstated history, either he has discarded this given name or was disowned for whatever reason. Though someday that history may catch up to him, but having such professional like this makes him very hard to track down.