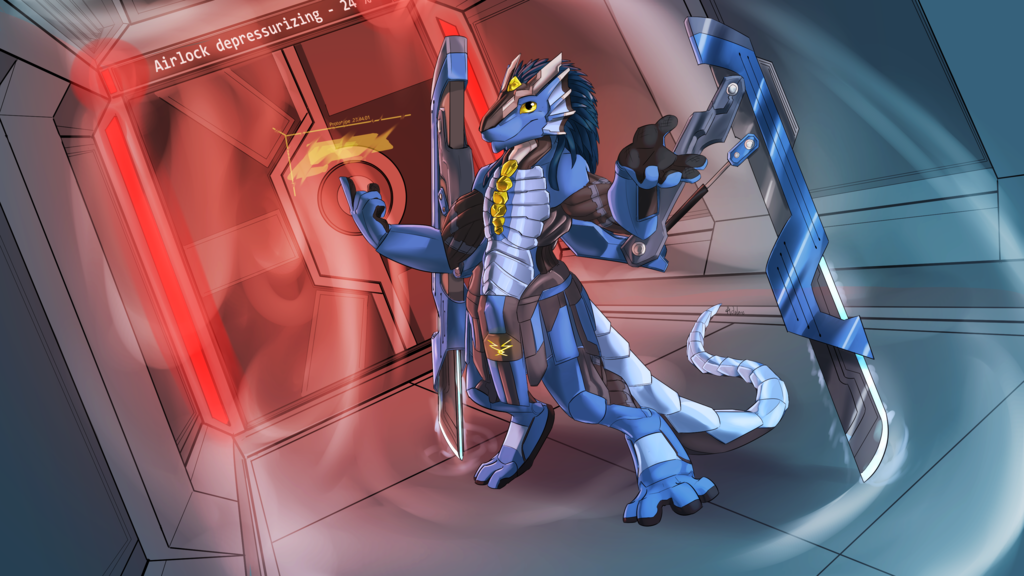 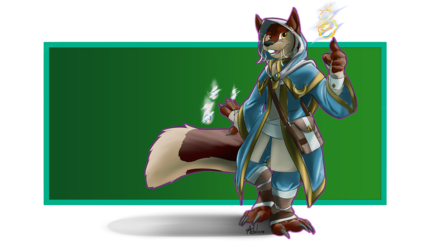 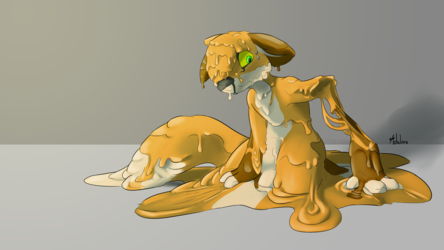 Commission for Curus-Keel on FA, that is in my Vulcan Automata setting! It's been a while since the last one, hasn't it?

Curus' character is part of the original species listing which is here on FA - https://www.furaffinity.net/user/aerusandragons/

Curus waited in the ready room, practically brimming with excitement over his project. He was finally ready to test drive the first constructed prototype of his own design. Simulations were effective for prototyping but there will always be things that are only clear in direct use and application.

The massive drydock Curus oversaw still ran in the background as he waited, frequent checks from automated processes subconsciously handled in the background. Between him and the crystal cpu units he always had a sense to describe how the functions within the facility were working.

Though the door came the two things he was waiting for, the zero-g propulsion rig and his gearhead peer, Tim. “What overdesigned project do we have today?”

Curus feigned injury from the not inaccurate jab, “Oh, it’s not just anyone’s overdesigned ship, it’s” he paused for emphasis, “my overdesigned ship.” Mechanical arms whirled around him installing the propulsion rig. The standardized long blades of the rig were much more mechanical than his biomechanical wings, but hooked into the same interface on his back. With the final hardware synchronization the outer metal shell of the rig shimmered as the cosmetic layer shifted color scheme to match the rest of Curus’ body.

Tim settled in as he got his rig installed by the automated arms, not being a hexapod himself the process wouldn’t allow the same intuitive interface as Curus’ setup. “So you got the blasted thing out of the simulation phase? How many features did you have to cut?”

The airlock closed behind Curus and his guest. “None.”

“After hearing your intentions for your own dream ship, I’ll reserve judgement until I see it.”

The airlock started to depressurize, vocal speech between the two casually shifted to the digital network, “Brace yourself.”

Administrator notes - Curus has entered an experimental phase of their own designs, finding intuitive solutions to many problems that are within acceptable margin for the independent outsourced research project. Given enough time there is an expected breakthrough by this employee.