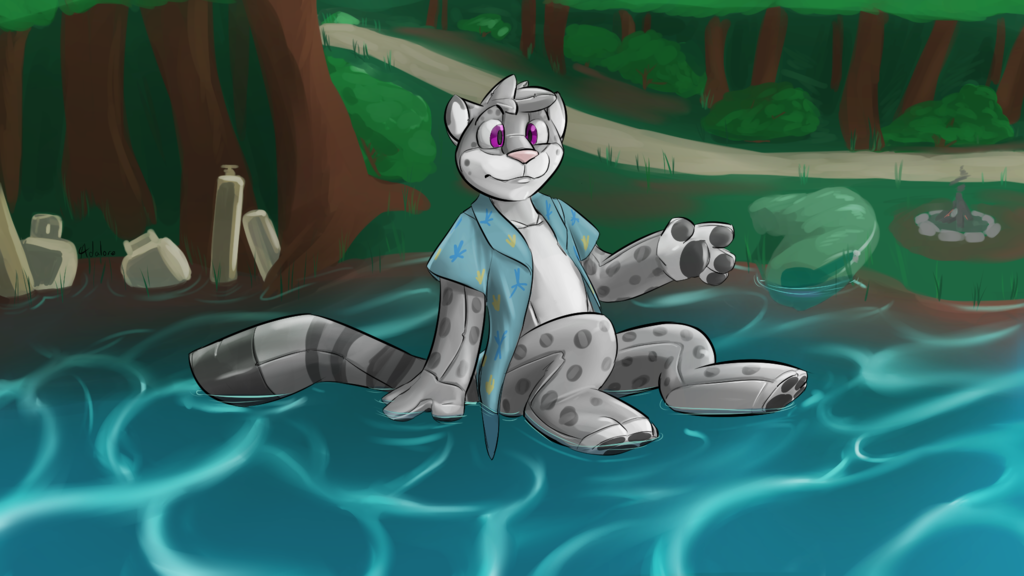 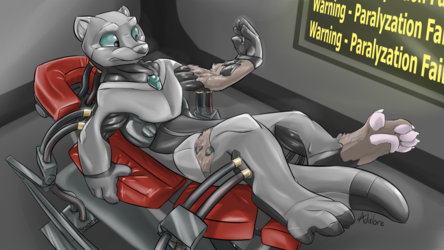 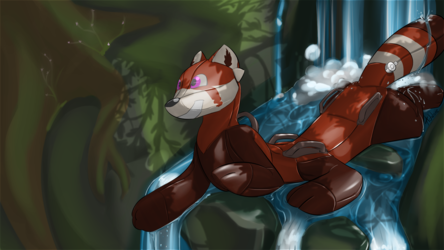 A commission done for Nik Clarkson (who is on twitter).

He woke up slowly to the clear sky, in content haze he stretched. The surface he was on was best described as exceptionally strange. The surface completely supported his weight but it felt friction-less.

He turned towards the sun and placed his hand in the light's path. His hands were wrong, completely smooth instead of the fuzzy that he was expecting. Turning over his hand even the paw pads were wrong, they were reduced to flat colored features.

This revelation of wrongness didn't quite hit home right away, it took another couple minutes of exploring the apparent seams on his body and his simplified practically hooflike feet.

With a start everything snapped into place, shooting up from his lounging position, he realized he got turned into an inflatable over night.