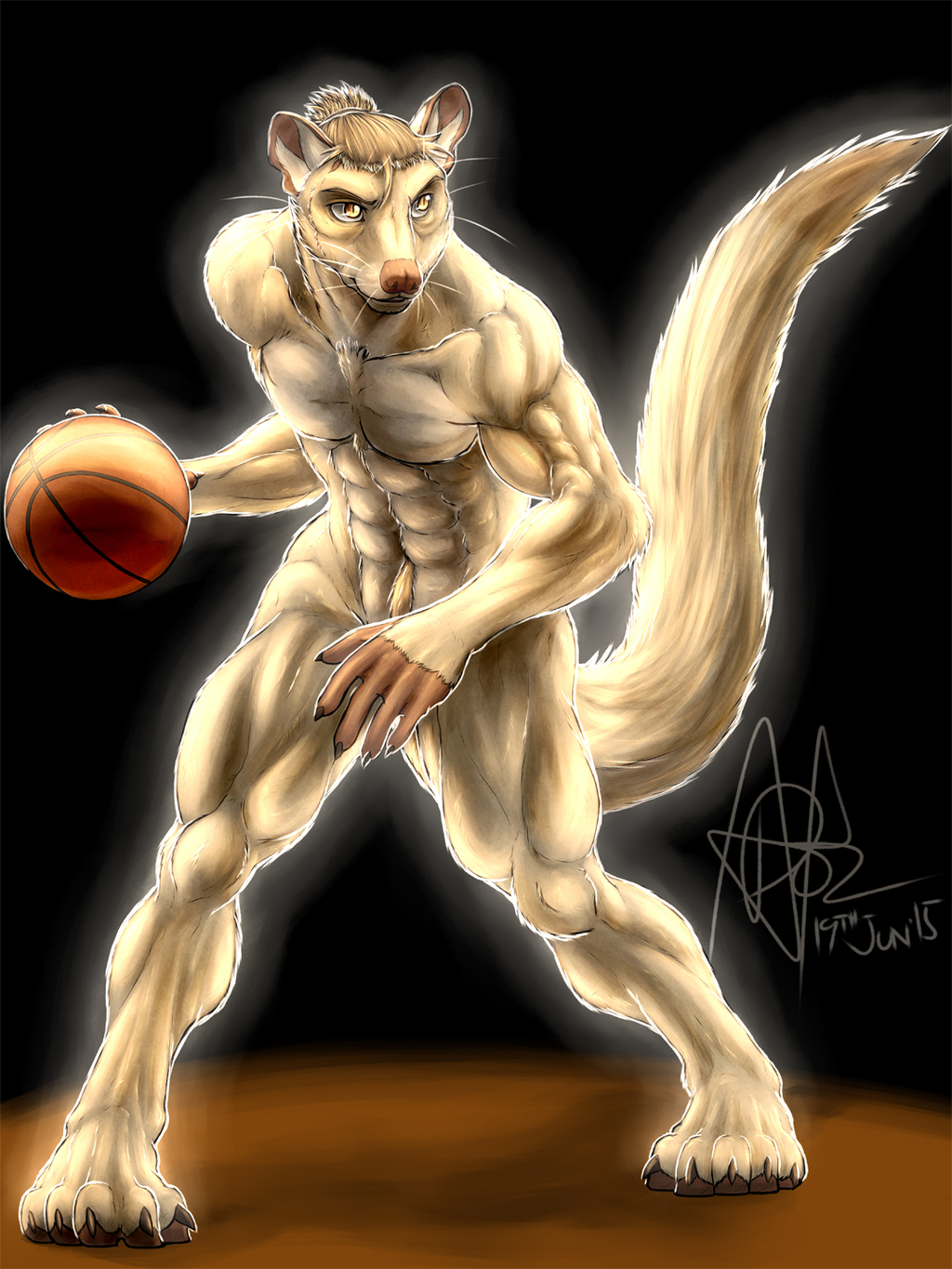 Adi's not meant to be 'muscular-huge' (look at his arm to head-size ratio, that's what I meant), his lifestyle and diet (survival -> labour -> military all while accompanied with basketball) isn't geared towards that. When we look at him carefully, it can be seen that his chest doesn't bulge outwards, and his tummy is kinda flat as opposed to being lumpy, unlike bodybuilders. In fact, it can be said that his entire frontal torso is sort of flat.

His lifestyle however, does gear him towards his a consistently low bodyfat percentage (sub-10%), which, despite his average build, with the exception of his thighs, allow him to look ripped, and his musculature is further accentuated if he is in action (e.g playing basketball, or training in martial arts - Silat, Krav Maga and Wing Chun being his 3 primaries).

Adi's legs are huge because of his youth - He worked in a budding resort and he has to travel long distances from the closest developing towns for supplies, and over the period of about 5 years or so, managed to continually cover marathon like distances faster and faster along with his colleagues, before he had access to a bicycle, which he continues to train with while in the military.

Combined with his basketball training, Adi's got both lower body stamina and explosiveness to spare, so those 'oversized' legs aren't just for show.

Basically, how Adi is built is for purpose, and not for show :3

His hair here has grown out quite a bit after it was buzzed earlier this year mid-Jan due to an accident on the court, and I would attribute part of his weight loss to that accident, which should result in a slight agility/floor mobility/dexterity increase from his end given his training regimen upkeep once he's restored to full health, the size of his thighs not just for show.

This posture Adi is in is a forceful keepaway pose, kinda a posture a basketball player would take up when 'in post', pushing his or her way into the paint using his or her bodyweight and strength (Although Adi's not very good at that, given his position, stature, weight and overall skillset), making his or her way closer to the hoop for a higher percentage shot, or to distract and to make the inside defense panic while he or she searches for an opening for a higher percentage shot from somebody else further away from the rim, possibly even from Downtown (beyond the 3-pt Arc).

Adi is one of my characters
FBA fathered by Buckhopper, now spearheaded by Steviemaxwell