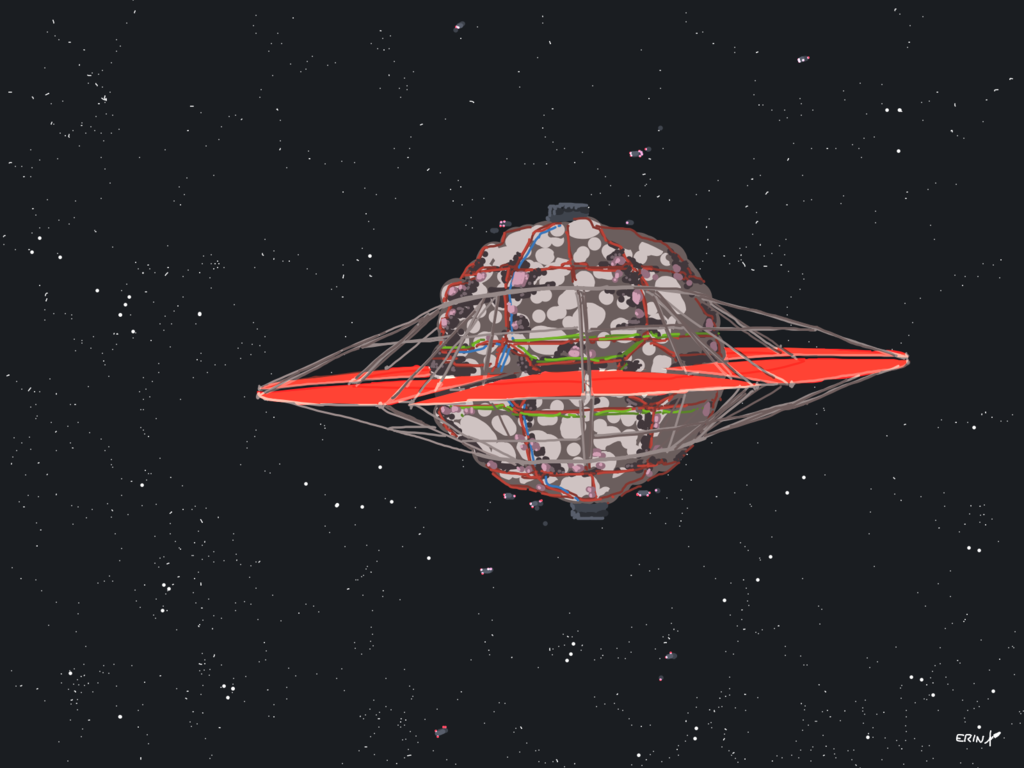 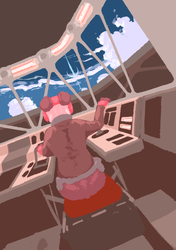 The asteroid known today as 284 Amalia was developed into a space mega-city in the 5,000s. At roughly 50km across, its surface is criscrossed by pipelines, equipment, and rails; it’s a 40-minute train ride from one side of the metropolis to the other. Incoming spacecraft dock near the poles, where a pair of microwave rectenna clusters receive beamed power from satellites. A huge radiator extends off the asteroid’s equator, glowing a soft red as it vents the megacity’s waste heat into space. Dark black Dyson forests of robotic lifeforms extend across patches of the surface.

A giant balloon of breathable zero-gravity air occupies the inside of the asteroid, and is a home for roughly 470 million people. The city inside the balloon is divided into hundreds of cylindrical boroughs, that are much like their Alsiferan counterparts. Gazing out into the depths of the balloon, one can see columns of borough cylinders extending off into the far, hazy distance, lit softly at night by warm oranges and gentle neons. People can even fly in the weightless environment outside the boroughs, flapping paddles and wings to propel themselves in the air.