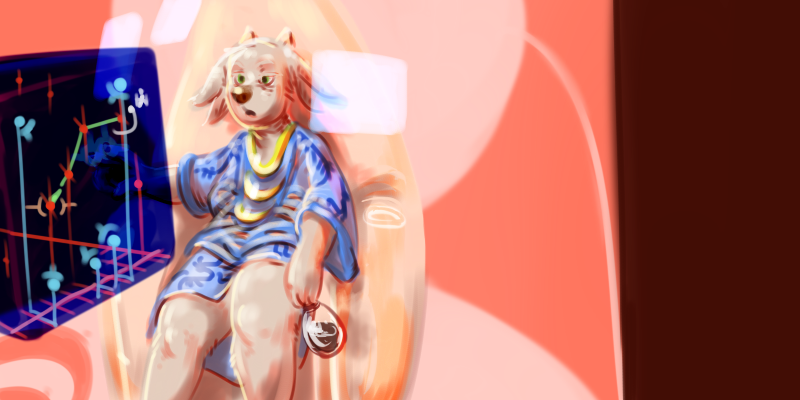 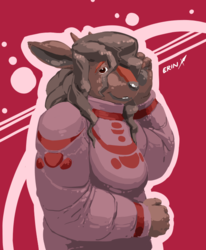 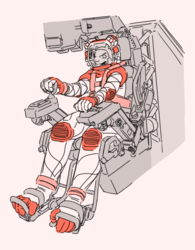 A long time ago I started a quest (MSPA style interactive narrative) and didn’t continue it. In it I introduced Nirva, a hoofed woman astrogator of Solar origin who lives aboard an STL ramscoop vessel with her datemates. The original plot-critical mystery no longer applies in Alsiverse anymore, but I’ve wanted to bring her back for a while, so she’s coming back as a character of what I’m calling the Sol Diaspora.

In Alsiverse, the extent of densely populated space does not tend to reach extremely far from the homeworld of any “civilization” or meta-society - about 20-30 light-years. Occasionally wandering societies stretch out further into the uninhabited stars, but there are no galactic empires.

Nirva is an extremely long-lived woman who has been hopping between various STL starship lines with her datemates in search of an old friend who disappeared into the Spiritnet: an extraterrestrial system serving as an artificial afterlife that transhumanity (in the sense of “humans plus not-altogether-human peoples that trace their eventual origins back to Earth”, not the “movement”) became aware of starting in the mid-late 3rd millennium.