On the Way Home (WIP 6) by ACBradley 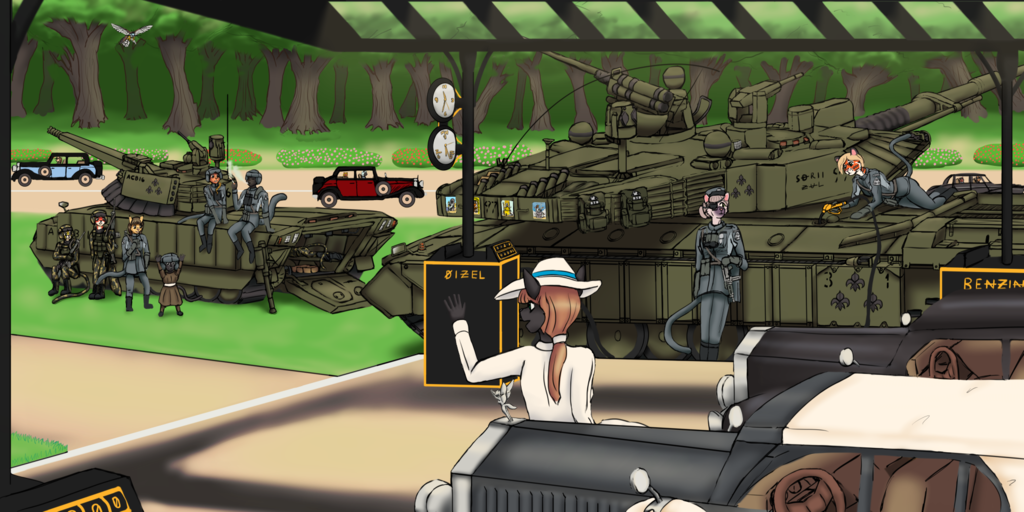 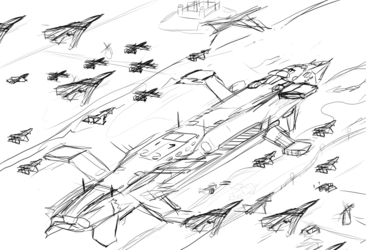 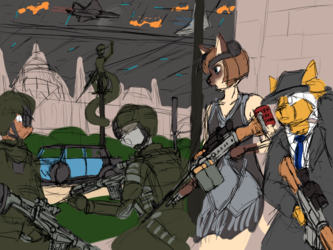 WIP of an earlier scene in the sequence of this and this, with Ingrid's tank stopping at a countryside gas station to refuel after the Battle of Sarren Valley. The crew of the escorting IFV are taking the chance to nap or stretch their legs.

Ingrid's Black Swan is vehicle number 97, actually the fifth tank off the assembly line since Aludran numbering systems are usually non-sequential to hide the number produced*. The vehicle's callsign is assigned on a per-operation basis (on Omar it was Delphinium 1) but to Ingrid it's always Claudia IV, after her first wife**.

On the pump there are two clocks showing the same time in the Aludran and Chiran systems; this became common in Aludra following the first period of relative peace with Chira. The Chirans count in base-9 save the second digit which is base-10 (nine stripes on their tail counted with ten fingers), so their day is nine hours of ninety minutes of ninety seconds, with the clock only going around once a day. The intervals on the clock are 10 (for them 11) seconds rather than 9 (10) seconds for the sake of not having two different sets of numbers on the face.

*The Chirans eventually discovered the "board of assignment" for vehicle numbers was an actual board with hooks marked 1-350, which was used to hang birdseed to attract birds with numbered tags on them.
**Claudia is not sure if she finds having a 97-ton tank named after her flattering, but she is at least smug that Ingrid's on her fourth tank while she's still the original. She does not appreciate Ingrid saying she's the easier to handle of the two and this is a good way to earn a cat glare.