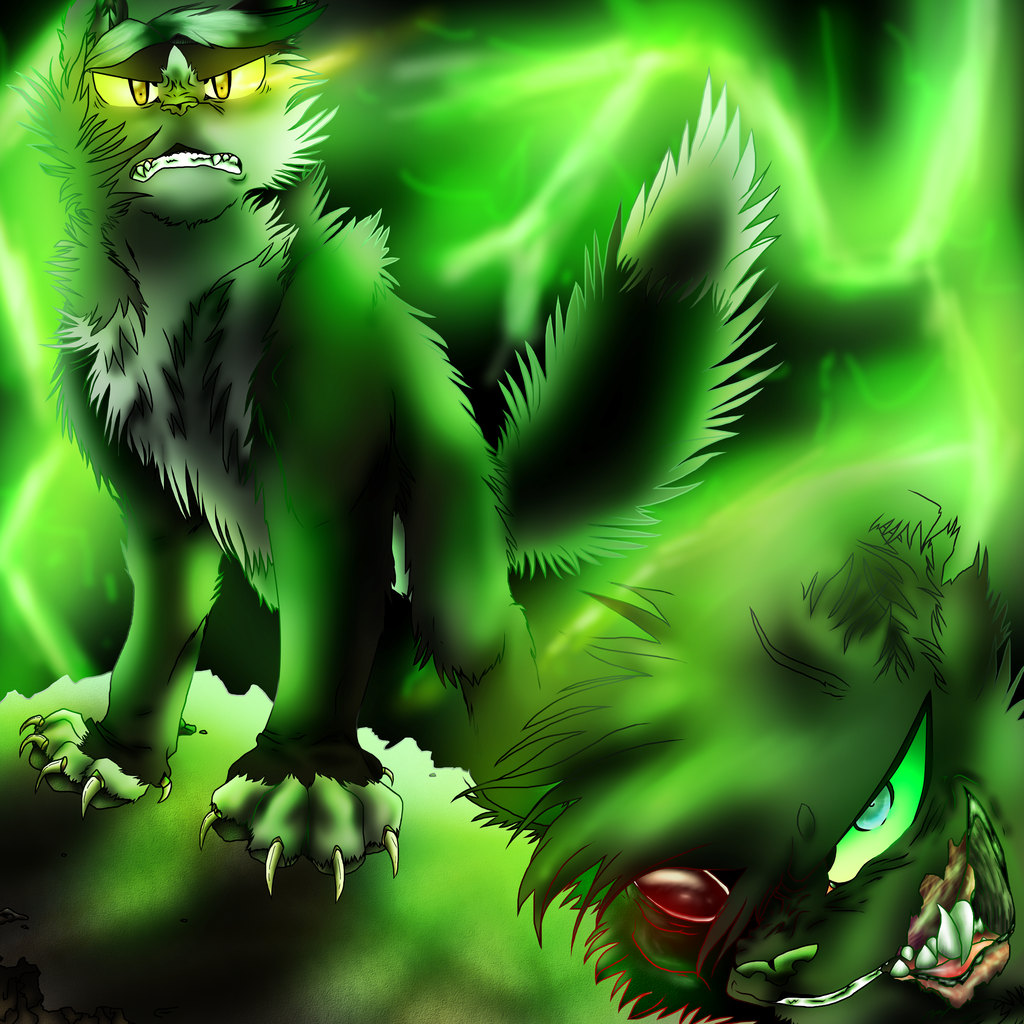 HOPE I WIN WITH MY MTN DEW LIGHTNING :D

knew eventually i was going to draw scott :3 hes just too awesome X3

Scott stood poised upon the rock, looking down into the Windclan camp, there, he knew who'd he find..

He stood in the center, his cats poised in attack, fur bristling, teeth shining unnaturally in the glare of the storm.

Stoneblood's single red eye glowed maliciously, dangerously.. the affect of his curse that was given to him by Starclan. (which ended up benifiting him instead of killing him.) His tongue lolled out of his mouth uncontrollably, for part of his jaw had been ripped apart in some long-ago battle. Causing him to look unlike any cat Scott had ever met before.

"STOP THIS SENSELESS BLOODSHED!" Scott screached into the night. A snarl breaking upon his face.

For Stoneblood's intentions were clear, to wipe Scott from the earth, and his clan with him. His hatred ran like cold lava through his veins.

"I WILL NOT STAND ALONE AND LET YOU DESTROY THE CLANS STONEBLOOD!" Scott wailed into the night. As if on cue, lightning curved like the long claws of Starclan, ripping apart the night and causing the clouds to bleed yellow green.

"Oh, but you are mistaken!" Stoneblood snarled, "You cannot destroy me!" For stone runs through my veins!"

"CATS WAIL IN FEAR FROM MY VERY GLANCE!"

"KITTENS SHIVER AS THEY HEAR MY NAME HOWLED INTO THE NIGHT!"

"CAN NOT EVEN WITH STARCLANS BLESSING,