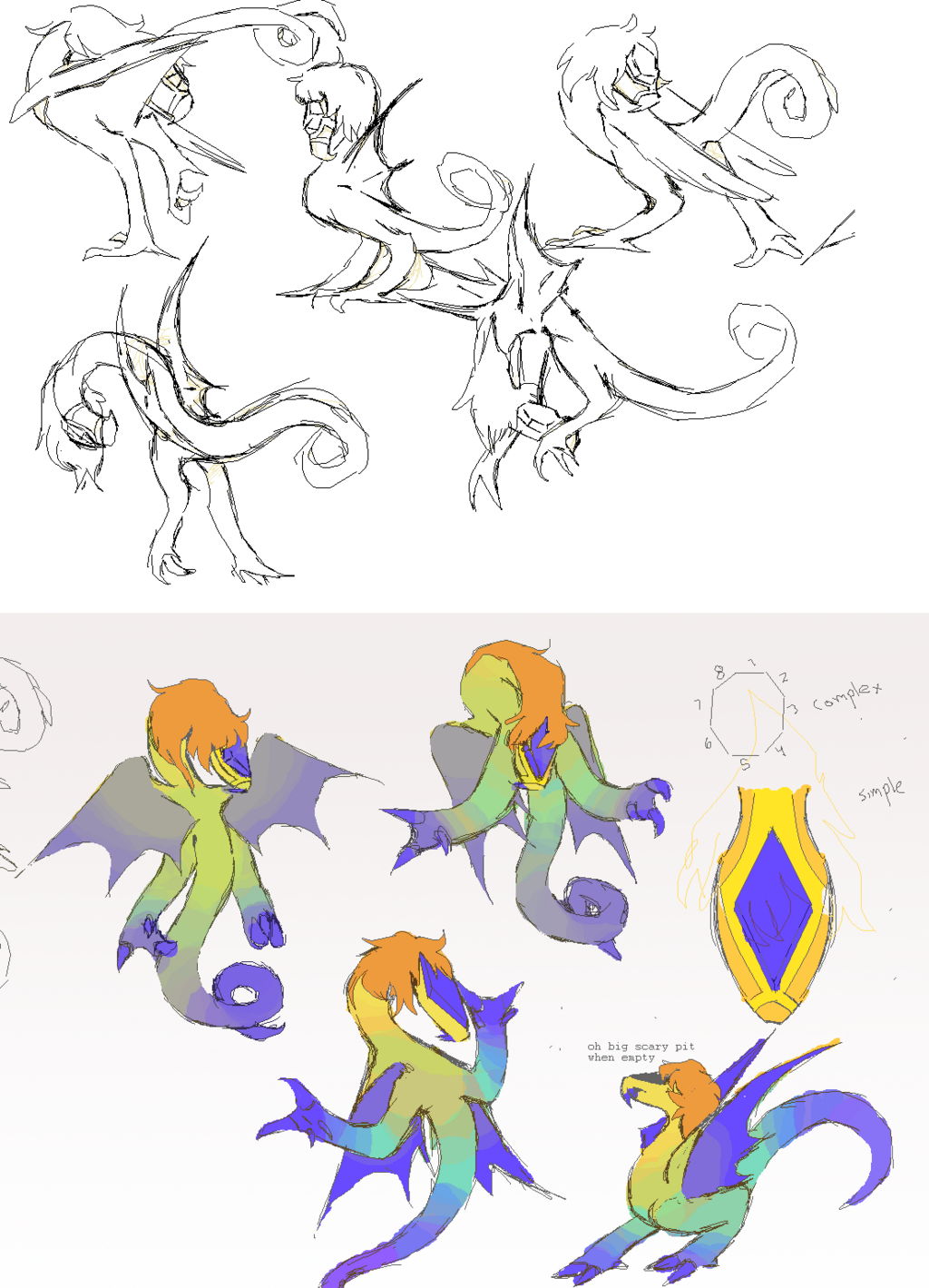 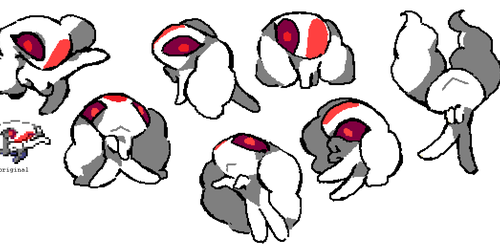 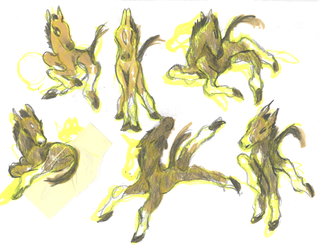 just some doodles! for fun...
the vouivre is a dragon of the french alps! There are many versions of the Vouivre lore out there, but the one I read about as a kid and the one i like the best, is like this:
the vouivre is a female dragon adorned in jewels and gold, with a single large gem for an eye. She removes her singular gem eye to drink and bathe. During this time she is vulnerable to attack, and humans try to steal the precious gem while it is removed from her face.

Some versions of the legend would later make it so that entering water caused her to 'shed' her dragon form, revealing a human woman. All really interesting!
Other versions still alikened this dragon to comets, sparkling across the sky. Whatever the case they were very beautiful, and generally associated with being female.

As a kid I had read about these dragons in 'The Enchanted World' book series, with a stunning illustration of a rainbow-colored one, with golden bull horns and a crown. I looked at that book's illustration so much!