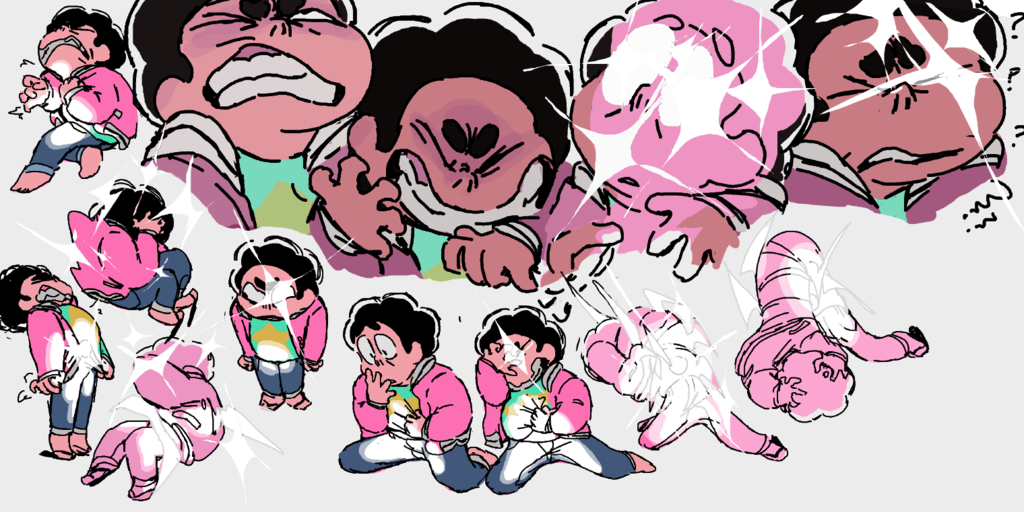 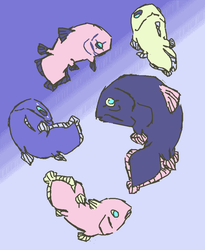 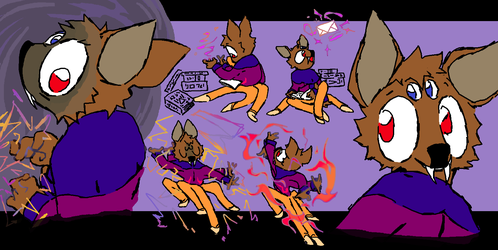 a commission! I think it's actually my first time being asked to do a fandom-related thing! Rather than a furry or OC....
More or less, I was asked to give my take on corruption for Steven, especially it being self-manifest due to his diamond lineage! I was given no further details on how to represented, I was asked to interpret it uniquely as I would.

the idea was corruption coming from inside Steven himself due to his emotions... I wanted it to be that steven is so adamant about not letting himself express resentment/anger, that having the emotion in spades as a teen goes so against his internal idea of himself and the standard he holds himself to that his diamond half compulsively seeks to 'punish' it [in response to his psyche more or less indirectly commanding for a punishment]... but he's only one diamond, not 3,
so the effect isn't a permanent and fullbody change.
more just experiencing seemingly random blinding flashes of light in response to intense thoughts he's trying to repress, & eventually body contorting asymmetrically with no proper plan for its final form; then reverting back to normal [like when steven tries to heal centi....]
I also considered this blinding light briefly corrupting others in his immediate vicinity, only while the light casts upon them. As only one diamond, it lacks the strength to enforce a permanent tear
but is a disorienting bout.
I wanted to avoid using any Rose/Pink-related visual motifs for corruption, and avoid a quartzlike infection. Since it's diamond-born, I wanted to focus on the blinding light.
I think not only anger/resentment, but selfish, petty, or self-centered emotions would also spur this.. things Steven represses, doesn't allow himself to indulge, things he sees as antithetical to his worldview & how he wants to behave [for others].
The toxic internal idea that he holds that prioritizing himself would be wrong becomes body-manifest!