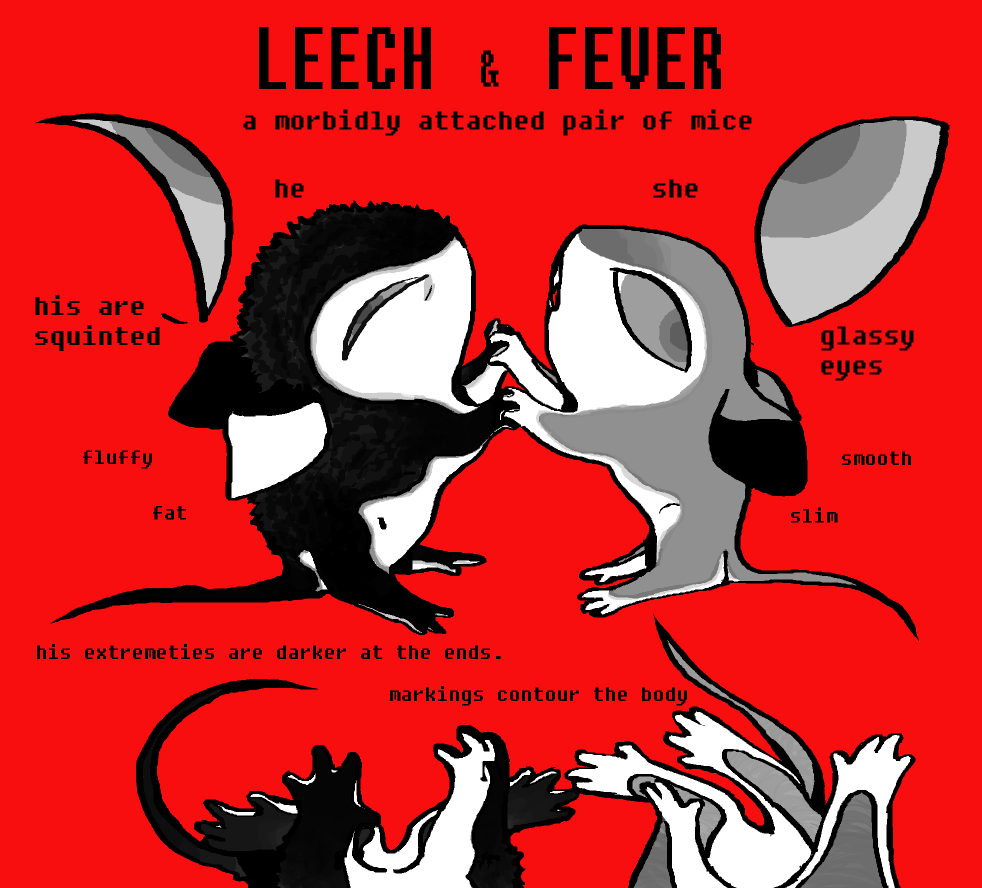 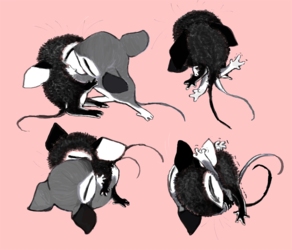 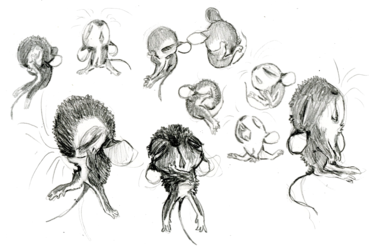 A mutually obsessed pair of mice. So enamored, they are poor at taking care of themselves, appearing sickly.
Their passion for one another will always culminate in one or the other's death, a natural & inevitable escalation of their unhealthy feelings. However, they do not have regenerative abilities or any superpowers (beyond some sapience); rather, each drawing of them explores another possible timeline, another middle or end for the two.

Both exhibit common features of a sickly rodent
Leech has puffed-up fur, and squinted eyes.
Fever's sides are sucked in (sometimes called 'side-sucking' or 'owwies' by the rat-owning community).
Both have glassy, hazy eyes.
They do not appear well, in their movements or carriage. Both appear to be in physical pain.