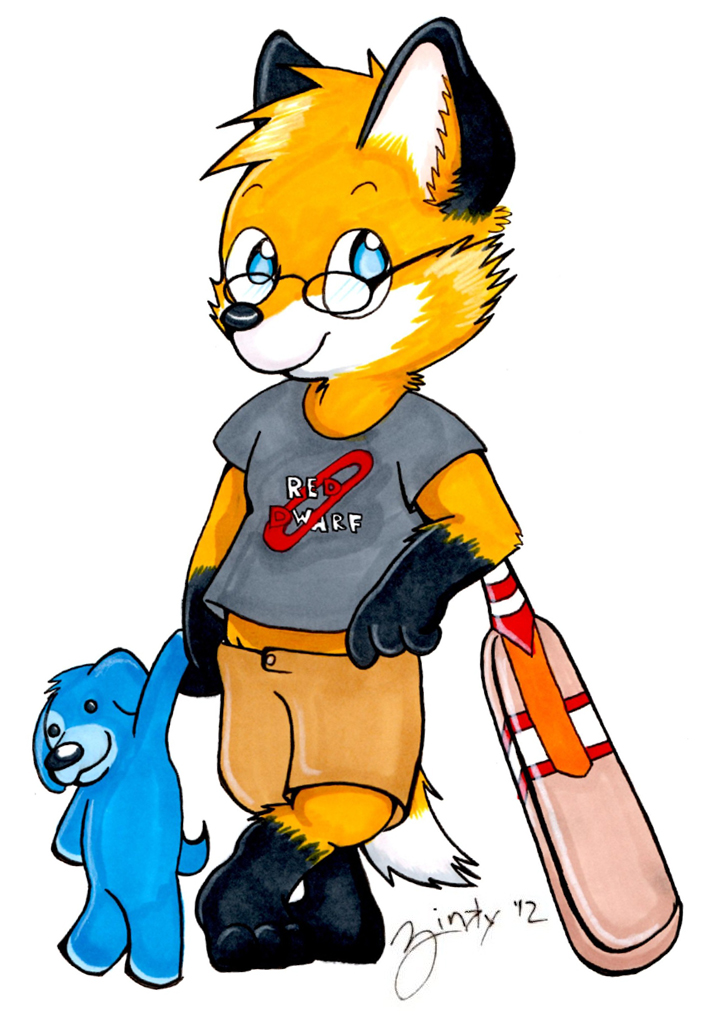 Appearance and identifying characteristics/peculiarities: TJ is small for a typical red fox, and he lacks the deep red colour of his fur, both of which are characteristics of his subspecies. TJ has a small pattern on his back that looks similar to the Bohr atomic model. His eyes are a brilliant blue, but are somewhat hidden by his glasses. TJ has a blue plushie dog, who he calls "JD". When asked what JD stands for, he shrugs and said, "Just Dog, I guess."

Family: TJ has a little brother and two parents. He lives in a perfectly average family. TJ was adopted while he was still an infant.

Chief Ambition: Like a typical seven year old, TJ's career goals change from being a fireman to an astronaut and anything in between.

Greatest Fear: Spiders. And the dark. And spiders in the dark.

Biggest Flaw: TJ has a hard time asking for help when he needs it. He thinks of himself as independent, but really isn't.