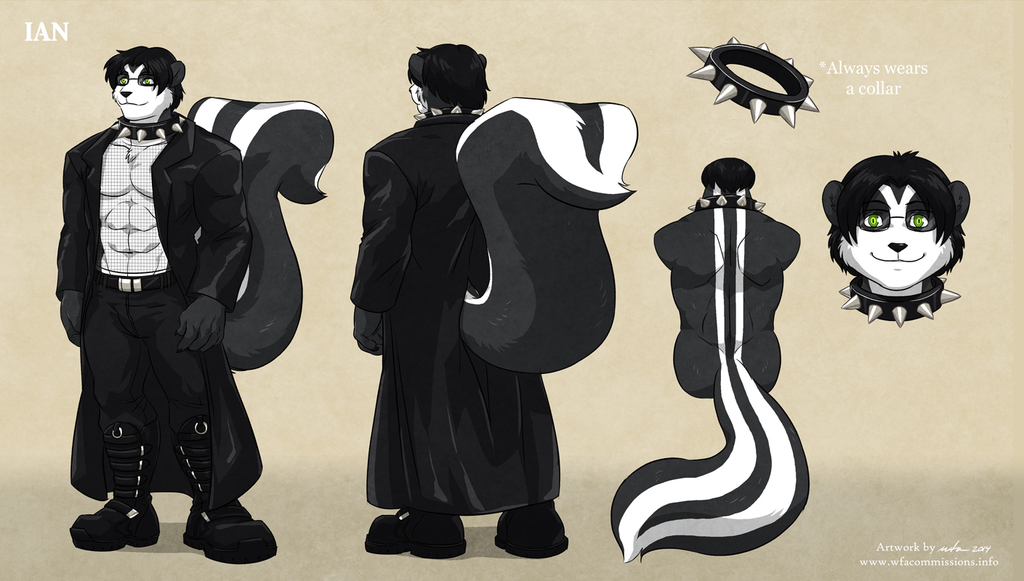 Ian a direct reflection of myself in personality. Of course, with fictional characters, one has the benefit of making things a little more exciting than usual.

In this case, Ian is a freelance 'Professional.' Some of his clients have been noteworthy people. Others have been less than reputable. He doesn't come cheap, but he backs up his work with a 'lifetime guarantee' of sorts. Either the job gets done, or he dies trying. Anonymity is important to him, and he doesn't take jobs that are too close to home for that very reason. Those that do know him closely are completely oblivious to how he makes his living. They think he is an 'Efficiency Consultant.' In some twisted point of view, that's absolutely correct.

When not under contract, Ian spends his time relaxing in his apartment, playing video games, watching movies and TV shows, barbecuing on the balcony, listening to music, and maintaining his fitness.

Ian's dress attire is always a fishnet shirt, ankle-length black leather trenchcoat, black pants (leather or denim), and black cyberpunk boots. He wears a spiked collar that never comes off for any reason.

Ian's penis is humanoid and uncut, 7 inches in length when fully erect.

Ian's sexual preferences lean toward the fairer sex. He is naturally heterosexual, but has had male partners as well. He prefers submissive, bashful types. He sees his lovers not just as people in need of intimate contact, but also of protection. He finds meaning in his life when holding someone he loves in his arms. Yet his extremely introverted lifestyle makes settling down with him difficult. He doesn't like the idea of being with one person for the rest of his life. He would much rather be 'within reach' of anyone that needs him.

From the age of 16 to his mid 20's, before he wizened with age, Ian was just as likely to be taken to bed as he was to bring others to his bed. He slept with many a woman and man. Only men that could overpower him earned the right to top him. Now that he's pushing 30, the number of people that still have that right has significantly decreased.

Ian has had a vasectomy to ensure he never has kids of his own.

His preferred weapon of choice is the M1911 handgun, and he has two concealed on his person at all times when out of his apartment.

Ian lives just below the penthouse floor of a luxury high rise apartment condominium complex. He shares his accommodations (and his bed) with T.J. Sirene.