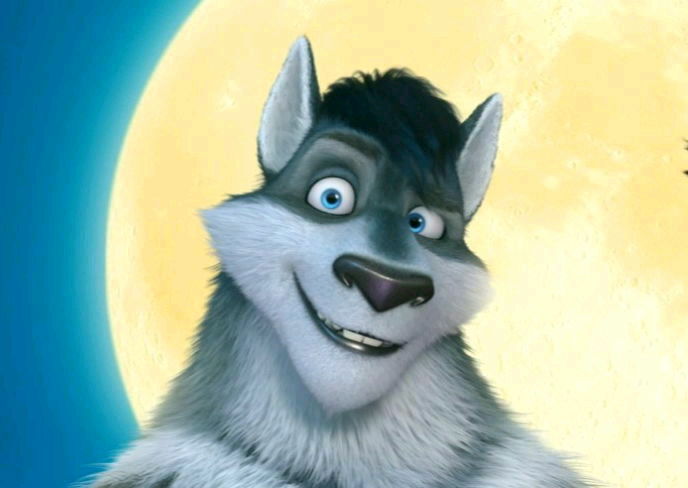 DISCLAIMER: I DO NOT OWN GREY, GREY IS PART OF THE SHEEP AND WOLVES IP CREATED AND CURRENTLY OWNED BY WIZART ANIMATION

This was a requested character profile for a friend who wishes to remain anonymous and this profile is updated from https://www.lupisaries.tumblr.com

NAME: Grey, which is his given name and not a nickname - while waiting to officially name their litter once their pups reached six weeks old, his parents referred to Grey and his siblings with various pet names and placeholders. As the only grey pup in a litter of brown and black babies, one name stood out to them, and when it was time for his naming ceremony, he asked to keep it. His surname is Petroff

SPECIES: Eurasian wolf, or, alternatively, something not entirely unlike a Marco Polo ram. He’s not sure of the specifics, and as he quickly learned, magic potions aren’t always the most clear-cut things. RACE/NATIONALITY: Sheep & Wolves takes place in a Generally Unspecified Wilderness with no real countries or hints at where they are, aside from knowing piranhas don’t live there, but for human ‘verses, Grey is a Russian immigrant, raised in Britain, with mixed Samoyed and white Western European heritage, though he’s not sure of his exact family lineage and neither are his parents.

APPEARANCE: A tall, wide-muzzled wolf with dark grey fur with teal undertones, blue eyes, a large black nose, and a prominent tuft of darker grey fur on the top of his head that resembles bangs styled into a point. He has an overbite, is very top-heavy, with a mesomorph/inverted triangle build, short legs, and a prominent v-shaped patch of white fur on his chest that extends to both shoulders and across his back. As a ram, he has the same basic face and body shape translated over to a sheep’s features, and is roughly 6 inches shorter, with the addition of two large brown curved ram horns and a lighter tealish-grey pelt with inverted coloration on his chest. SEXUAL/ROMANTIC ORIENTATION: Bisexual/biromantic, with no real preference. Can generally be assumed to want to kiss ev-er-y-one who’s nice to him.

SPOKEN LANGUAGES: English and Russian, specifically a central Russian/Muscovite dialect. FAMILY: A (currently) unnamed mother, father, and 3 sisters, all born from the same litter as him. His family are all alive, but scattered to the four winds in different packs throughout the wilderness, as it’s traditional for children to strike out on their own once they’re adults, keeping them from competing with their families for resources and helping to diversify their packs’ gene pools. ABILITIES: As a young, active wolf who has been roaming the wild most of his life, Grey is physically strong and hardy, with a sharp sense of smell, hearing, and sight, and literally sharp teeth and claws, though he rarely utilizes either for non-hunting confrontations. As a hunter, he knows how to track a target across almost any terrain and how to subdue prey as large as he is, larger if he has his pack backing him up. He’s been playfighting with his packmates since he was a pup, which has taught him how to handle himself in a hand-to-hand (paw-to-paw?) fight, though he usually uses that knowledge to instead de-escalate fights and help him control his strength around those smaller or less experienced than him. While he prefers a good-natured brawl with low stakes, he’s also not one to shy away from conflict if it will protect those around him, making him a decisive, determined opponent in a fight. Grey’s love of performances and theatrics have taught him how to be lighter on his feet than some of his fellow wolves, and while he’s more of a dancer than a singer, he has a strong stage presence and knows how to lead a crowd and make himself heard. He can take a hit like no one else, especially as a ram. There’s many other skills that he’s not particularly good at but passionate enough about that he has some cursory knowledge in, such as costume crafting and wood carving, but his biggest strength is his ability to delegate and defer to more skilled people around him for help as needed. By the end of the movie, he’s a team player through and through, and feels no shame in relying on those around him - the lone wolf archetype is a romantic image, but not a practical one in his eyes.PERSONALITY: Exuberant, goofy, and sometimes indelicate, Grey is a wolf that likes to leap first, look later, making him the life of a party and the first to take action in many situations, be it cracking the first joke or jumping to someone’s aid where others may hesitate.

When he wants to be, Grey is an observant, empathetic wolf, one who easily tunes in to the priorities and anxieties of those around him. When he doesn’t, especially in times of stress or when clouded by his own fears and uncertainty, especially fear of changing parts of his life he’s become complacent in, he can be dismissive, sarcastic, and even distant despite his warm personality, a tendency he spends the majority of his adventure while transformed as a ram working through. As an incredibly theatrical creature, Grey also loves and thrives off of positive attention, and isn’t at all afraid to put on a show, literally or figuratively, to achieve that. While this is usually considered mostly harmless by his peers, if perhaps a bit overwhelming or annoying if they’re not in the same spirit, in times of stress and uncertainty Grey can find himself over-fixating on self-made projects, orchestrating more antics and performances as a displacement activity, sometimes to the detriment of his relationships. This is one reason that he values and gravitates towards people with a grounding influence on him - it’s important to have people who like him but will still tell him no when he needs to hear it. He cares deeply for those around him, easily becoming attached to new people he meets, and generally operates on a ‘do no harm, take no shit’ policy that makes him a wolf that is respected by his packmates, but not seen as particularly intimidating, which is exactly how he prefers. He’ll take being well-liked over being feared any day, and is comfortable admitting when he doesn’t know enough about a situation to handle it, often finding genuine enjoyment in humbling experiences. He’s always looking for ways to expand his horizons, even if he isn’t exactly the best at whatever new pursuit he focuses on. Basically, he’s a little confused and not always the brightest but he’s got the spirit!
HISTORY: Grey was born to a mountain pack in April 1, 1999, spending his childhood roaming the faces of the range his family called their territory. Adopted into the eastern pack in the valley when he reached adulthood, He would later become friends with Bianca who was new to the pack and has not shared her background with anyone yet, Grey had spent most of his life as a popular if underestimated member of his packs, known more for diffusing tense situations with jokes than dominating them, and having a flair for theatrics and performances that most saw as frivolous but harmless. Despite this, or perhaps because of it, his new pack leader Magra began to see potential in him, hoping to cultivate Grey’s charismatic and emotionally intuitive nature into assets that would help the younger grow into his eventual replacement. Like all positions of power, there was competition for the role, and Ragear, an aggressive, self-serving older wolf, had been nipping at Magra’s heels for years. When the pack settled in a new territory in the valley, three things happened in quick succession: Grey learned that their new home was less than a day’s journey away from a sheep village, Magra announced his retirement and called for a formal challenge to decide his replacement, and Bianca began to suspect that Grey was planning to propose to her in his trademark campy style. The first two were true, but the third was not, and finding herself overlooked in favor of another display of showmanship meant to put Grey in the spotlight, this time for the sake of mocking his would-be rival Ragear, Bianca leaves the final vote of their contest undecided, and Grey entirely, telling him it’s because he refuses to change.Left confused and alone, Grey fixated on only one part of Bianca’s criticism: that he needed to change, somehow, and reasoned that would make Bianca love him again. Stumbling across a caravan of rodents and rabbits putting on a show for local wildlife, touting their ability perform magical feats, Grey begged them to help him change. With no real context of how he needs to change, and a strong desire to give the wolf whatever he thinks he wants so he’d leave them be, Mami, the caravan’s alchemist, gave him a transmutation potion and sent him on his way before he really did begin to change… into a ram. Now made unrecognizable to his pack, when Grey tried to return to them he was instead chased out into the open meadow between the wolf and sheep’s territories, and knocked unconscious. That morning he was discovered by a ram named Moz and a few other members of the sheep village, who took him in and tasked a ewe named Lyra with tending to him. Once he woke up, Grey was faced with a question: how much had he really changed, and how far would he go to prove that? OCCUPATION: Pre-movie: Hunter, scavenger, one-man theater troupe and pack member/prospective pack leader once Magra steps down. Mid-movie: Semi-disgruntled layabout at Lyra’s place and unofficial babysitter for her brother, Shia. Post-movie: Bonafide Mr. Mayor of Sheep-and-Wolves town, pack leader, head of the village’s theater company, and still sometimes Shia’s babysitter. RESIDENCE: Verse-dependent. In pre-movie verses he shares various dens throughout the wilderness, mid-movie he crashes at Lyra’s place, and post-movie it can be assumed he’s got his own little bungalow in town, sometimes shared with different characters like Hardial and Bianca Johal or Zico, provided he hasn’t moved in with them AFFILIATIONS: Verse-dependent. Generally speaking he’s a neutral good boy, and while he’ll side almost exclusively with his pack in his pre-movie ‘verses, he doesn’t harbor any malice towards the sheep or other prey animals he encounters—it’s just that he has to eat to live, like anybody else, and that unfortunately puts everyone at odds, at least until he finds ways to get protein alternatives, namely fish, nuts, and trading with local fowl for their unfertilized eggs. instead.