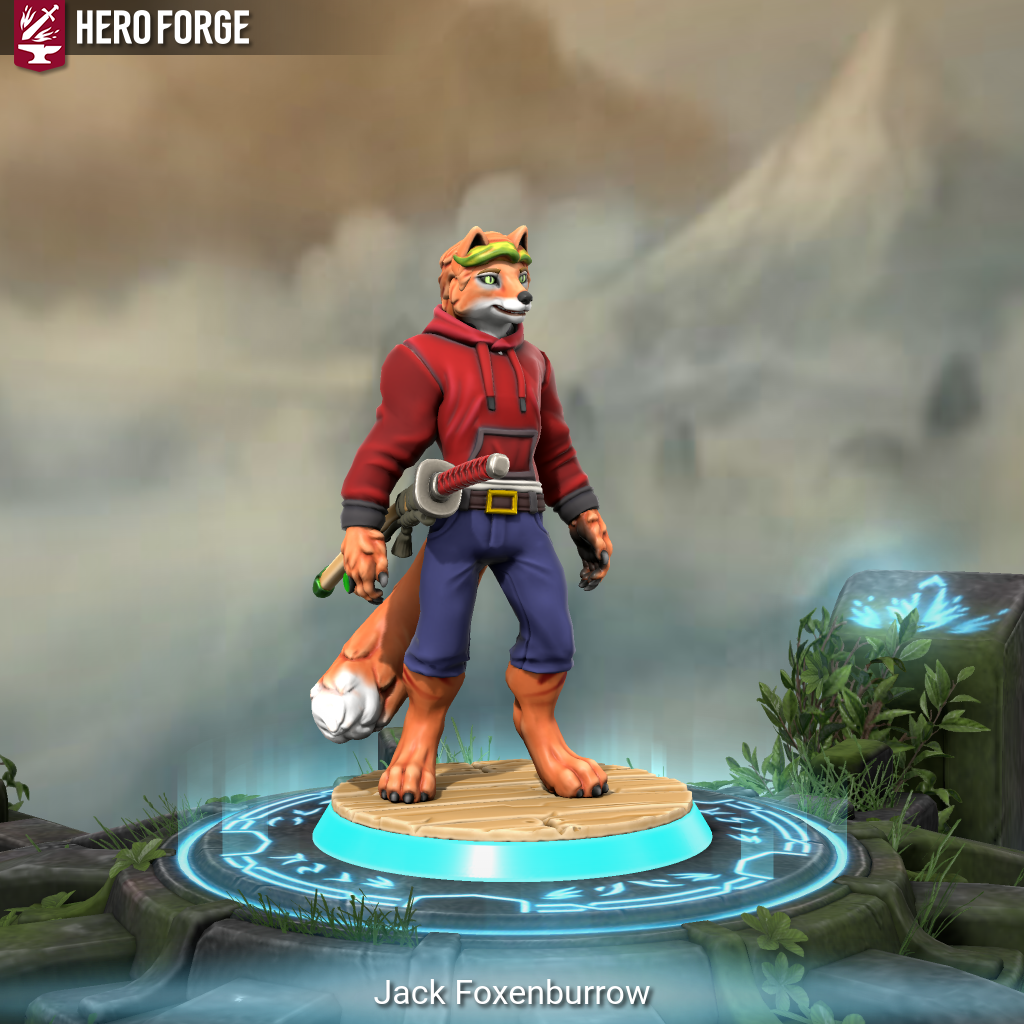 This is jack Foxenburrow, my OG OC. He has been with me since the dawn of my furry time line. He wields Jriknaak's Blade. The Maker and original wielder of it the name is lost in time. Some have named it Kirn. Others Jaark. The Blade was passed down from generation to generation all the way down to Jack. The Future of Jriknaak, the kingdom named after Jriknaak Fox-Hearth, is now in Jack's Hands.