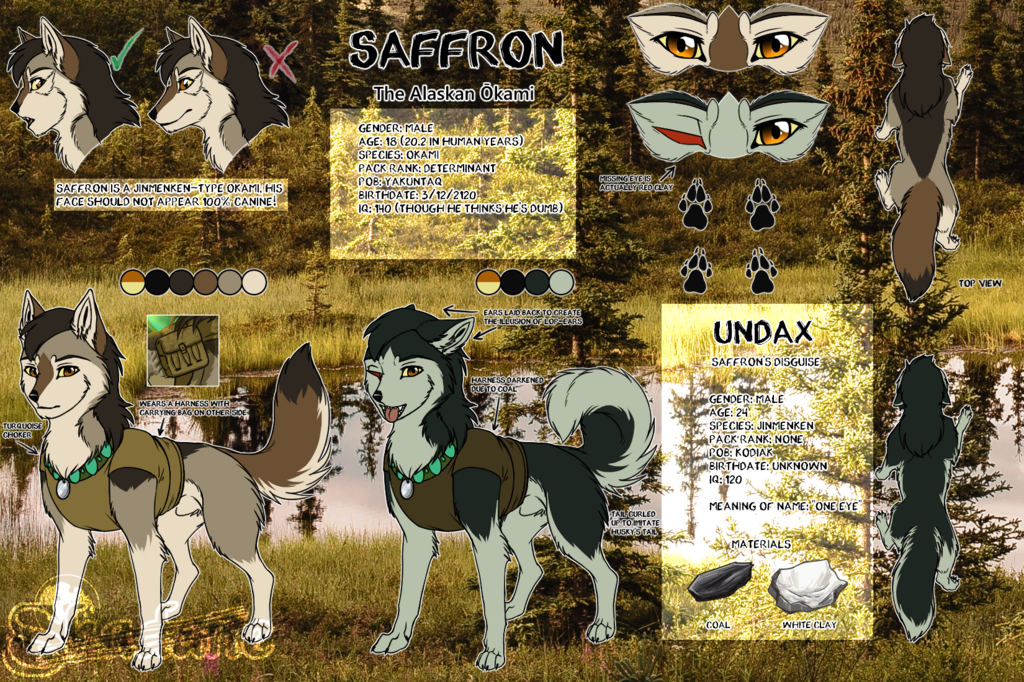 Saffron is an adult male okami wearing a travelling harness with a bag for carrying tools and other items. He was born and raised in the fictional land of Yakuntaq, Alaska and used to live in a pack of jinmenkens, but became independent due to poor treatment over his species.
Saffron's days in the Herb Pack began when Burnet found him as a pup. His parents were nowhere to be found and he was presumed orphaned by Burnet who took him under his wing, becoming somewhat of a father figure to him. Once he reached full adulthood, he left the pack as he couldn't bear the psychological abuse anymore, and his near-death experience was essentially the straw that broke the camel's back.
He will sometimes roll around in coal and clay, curl up his tail, and lay his ears back to disguise himself as a husky named Undax to gain access to places where his kind aren't allowed.

By the way, this description is a copy-paste from my Artfight page. If you want to attack me, I'm here and I will be updating my page with more characters for next year.
I will probably post another piece with information on the pups since the first picture of the pack mentions them, but didn't involve them.