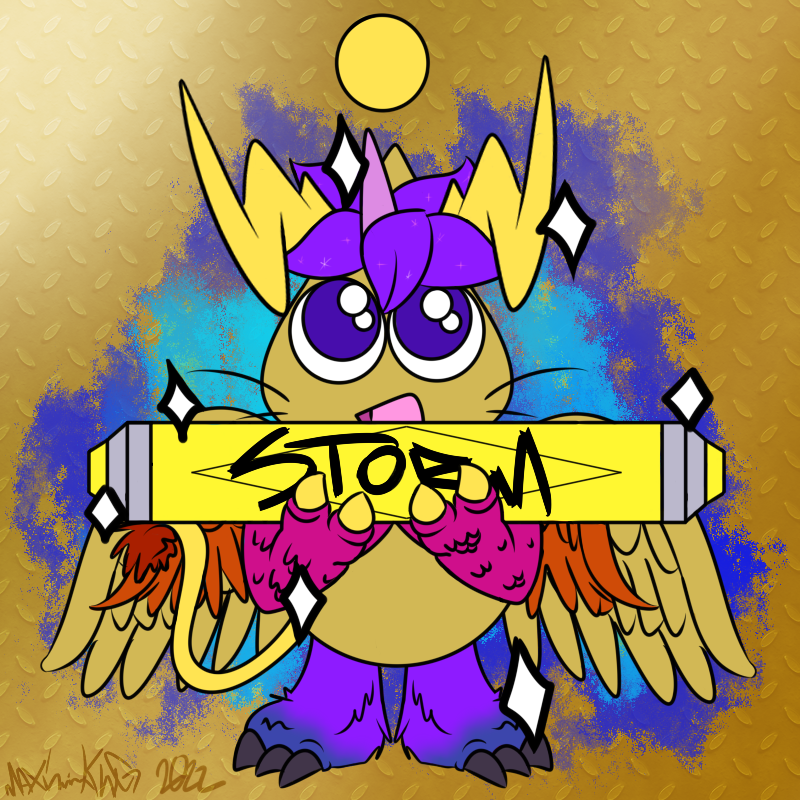 A Chao with various animal limbs that can largely be interchanged. They always have the horns, hair, & whiskers, though. I created this character around 2003 and I even have a custom made plush! This is my oldest character and has gone through a few design changes, but for the most part, any previous design elements can always be used again. Chao evolve all the time.

Storm has a caring & fun-loving, playful personality. They are more active than reactive, and more of a leader because of this, though they don't claim such roles unless offered. Their intelligence is probably about average, and hobby-wise, they like music and swimming. They can be pretty competitive in swim-heavy races, but otherwise this aspect of their personality is rare & kept in check. As for music, Storm has some of the basics down for several instruments, but they're most fond of drums. They think it's fun to produce loud noises from instruments larger than they are.

Their stats as a Chao can vary from story to story, as well as their physical type, but usually they are depicted as a neutral normal type, gold-coloured basic Chao. Ability-wise they typically are best at swimming & running, while not quite excelling at flight [despite the two huge pairs of wings, yeah] or strength. They are also lacking in practice at Chao Karate matches. As for art & design purposes, I feel like the basic Chao type keeps Storm's design from getting too cluttered or distracting from the mixture of animal parts. However, in long-term roleplay, I'm much more open to crazy evolution & design experiments. Maybe one day I'll draw some of those.