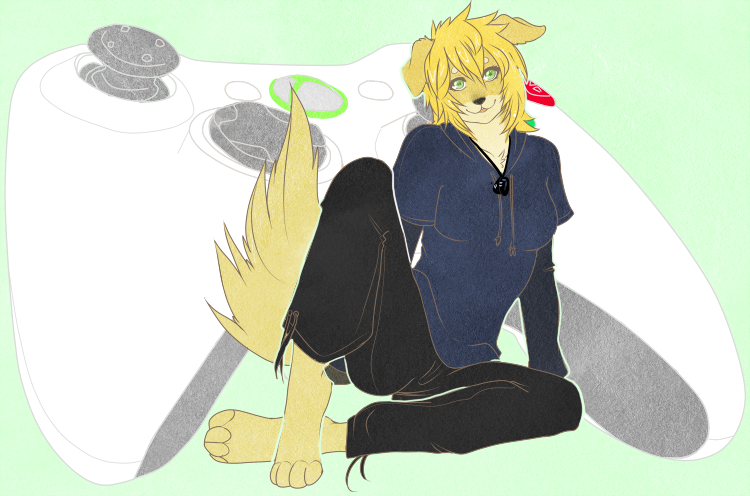 A TFR hermed version of Alec from the miracle of Alexis' crazy inventions in which caused a magic stone to get lodged permanently inside of Alecs body to where he will change into a herm whenever he is shrunk, poked in where the stone is on his body by another, or enough of an electrical discharge occurs (say strong static shocking), he changes until the same mentioned things happen again. Problem with that is, it has to be from someone else in order for either change to happen or when he grows back to normal size.

Alexis usually tends to take advantage of this and uses this as a punishment or torture thing for Alec whenever she wants something or to get onto his computer or console to play games. As well as play her little D&D adventures in which he gets shrunk, changed to herm, and placed on a board with her shunk as well to roleplay some in place of the figures.