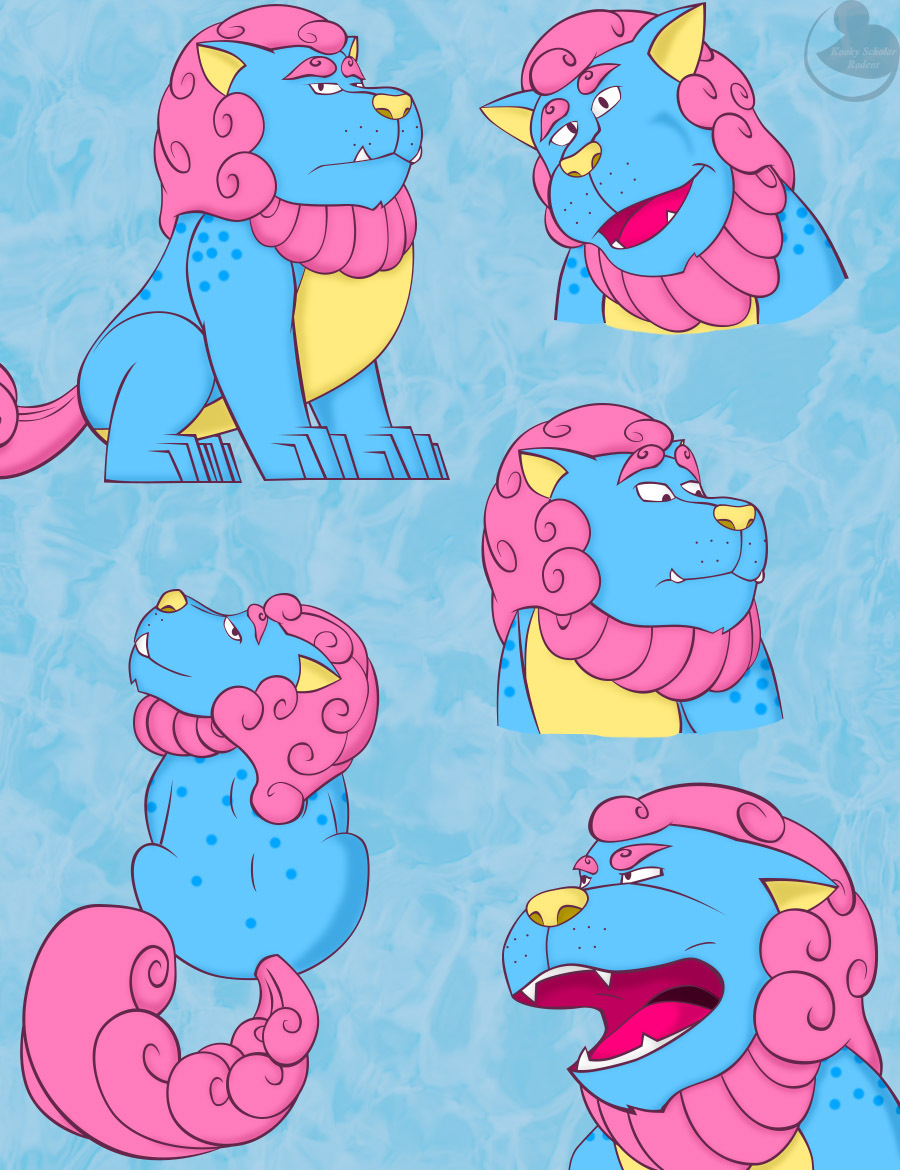 Born to farmers, Li Chai (pronounced LEE KAI) grew up to become a well-respected martial artist, commander, and bodyguard alongside his sister to Lord Zhifang, a feudal lord and longtime friend seeking to topple Emperor Long. Due to his undying loyalty and Zhifang's manipulative skills, he abetted in the conquest and subjugation of several lands. Furthermore, he kept watch over a ransomed daughter of Long, one who'd been unwittingly married off to Zhifang, Li even developing a father-daughter bond with her despite longstanding orders.

However, when a battle against Long’s troops started going awry, the lord demanded Li light the cannons on the troops, even though it meant they’d end up firing on their own too, including Li’s sister and Long’s daughter after the lord threw her into the line of fire, seeing her as expendable. When Li refused, Zhifang stabbed him on sight, killing him, and fired the cannon himself, slauthering over half of both his and Long’s men.

As penance for his crimes, Li had to take the form of a guardian lion and protect ten masters each from three life-threatening situations in order to gain entrance to Heaven. Similar to Long and his teapot, Li would persist as a small statue version of himself that would passed from master to master by the Pipa God, awakening into his true form whenever anything - spiritual or mundane - endangered his current master's life. For this reason, he was invisible to all except his current master and magical beings like Long.

Everything changed, however, when a young woman named An Ni received the statue from her grandmother as a gift shortly after coming across Long's teapot and accidentally summoning him.

Throughout what could amount to a potential movie sequel (i.e. a series of misadventures courtesy of An and Long), Li came to acknowledge that trust isn't always set in stone as the people you're close to will more often than not change with time. At the same time, he did not expect to find a friend in Long, the same man he once sought to dethrone, or go up against a Wish Dragon version of Zhifang. In the end, though, he and Long alongside An Ni and her friend Jia succeeded in the end, Li sacrificing himself for An one last time to give his friends the chance to end Zhifang once and for all.

Now that he had fulfilled the last of his tenure under An Ni, he requested to serve as Long’s bodyguard until the dragon’s own tenure is up, and so leaves in the end with him, guarding the dragon's teapot as an actual foo dog in between masters.