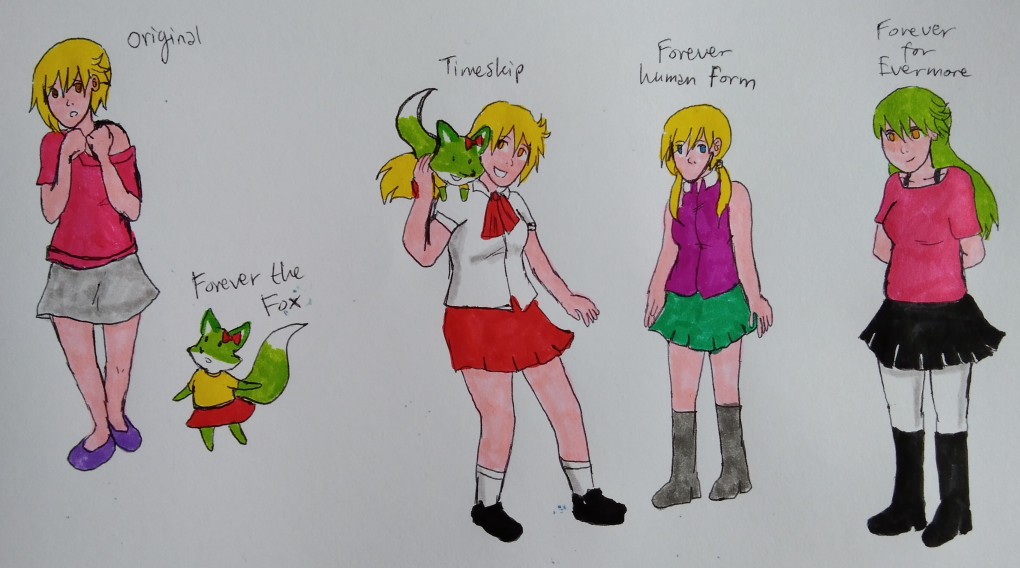 Stone is the protagonist of Behind Life, a story where she and her only friend Vann look closely at the world around them, crimes, injustice, the state of the world in general.

Fast forward to the future, since Stone's world is shared with Rove's, she and Vann were tasked with being Rove's daughter Breeze's guardians. Because Breeze was the only child not affected by Myora's Curse in any manner whatsoever (just like Stone and Vann). Meaning she's the only one who can be set free once the Curse is erased.

Outside of Myora's Curse, however, Stone actually has her own guardian that she didn't know about: the spirit animal Forever the Fox. Forever was worried that Stone won't accept her because she's a green fox. When Carol, Daxem and Rove took Forever to Stone, Stone was very happy. She took Forever in and both had a happy ending.

In the present day, Stone and Forever fused, giving sense to the phrase Forever for Evermore.