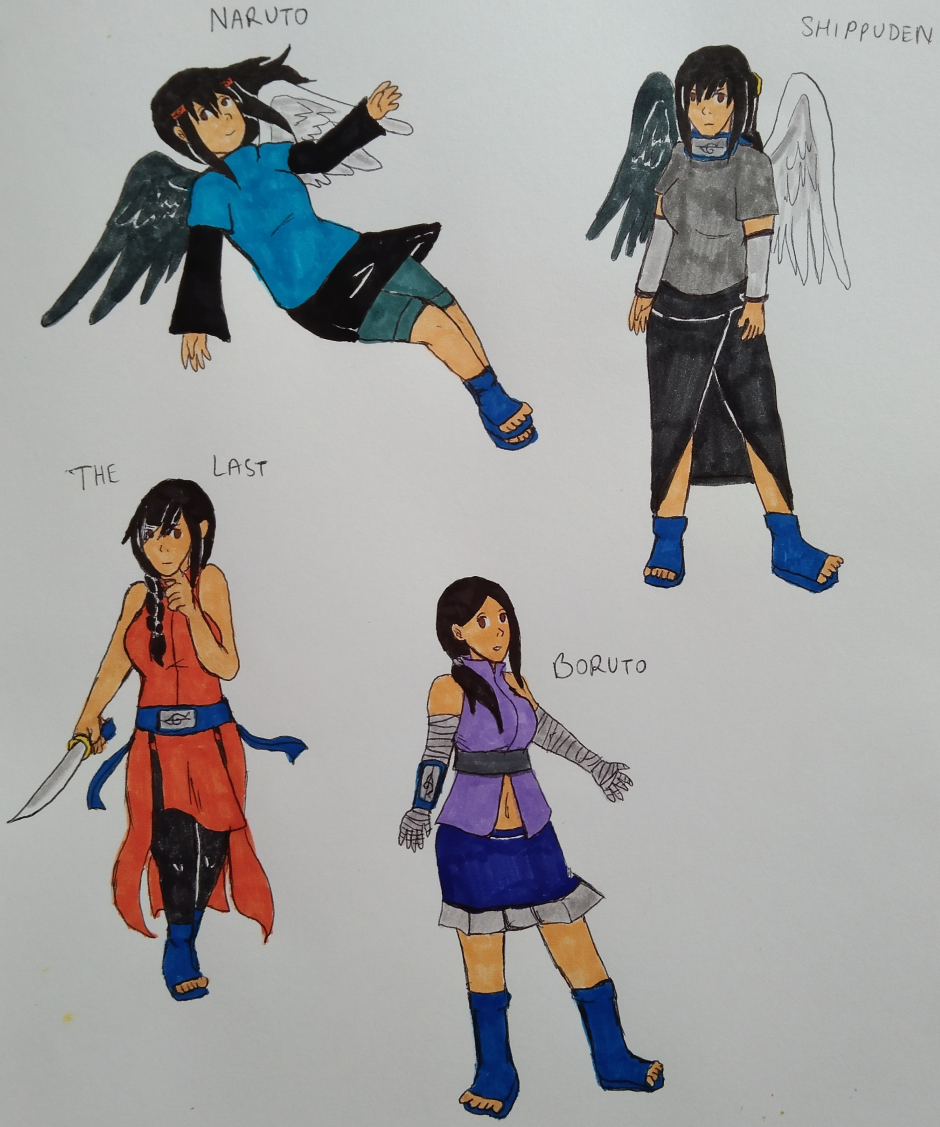 She has the blood of angel, and she uses her shadowlight wings primarily in Naruto and Shippuden.
In Naruto she serves as Sasuke's best friend. By the time Sasuke left the village, she stayed by Naruto for a short while before taking off to find him on her own, also turning her into a missing nin.
By the time she found him, she stays with him for a little while but then fled back to Naruto to tell him how Sasuke's been.
She is like this the entire run-through of Shippuden.

When the Ninja war happened, both Sasuke and Mikota made their debut. Post-war, Sasuke spares Mikota since he trusts her, and would carry out the revolution with her.
After Naruto and Sasuke's final battle, Sasuke went on to be with Mikota, even though Mikota decides to finally stay in the village with Naruto. To have a rest after all the crazy happenings in her youth, so to say.

If my headcanon comes true, Mikota is with Sasuke, and Naruto is with Sakura.
But if not, Sasuke still ends up with Sakura, Naruto with Hinata, but Mikota goes with Gaara.

Following the canon in The Last, because Mikota is a close friend of Naruto's, she and Sakura can help Naruto sort out his feelings together. For just a little moment since the movie is super short.

In Boruto, she doesn't really do much aside from assisting both Naruto and Sasuke in their mission to protect the ninja world. She'd spend some time with her sister Crystal and their cousin Sai.