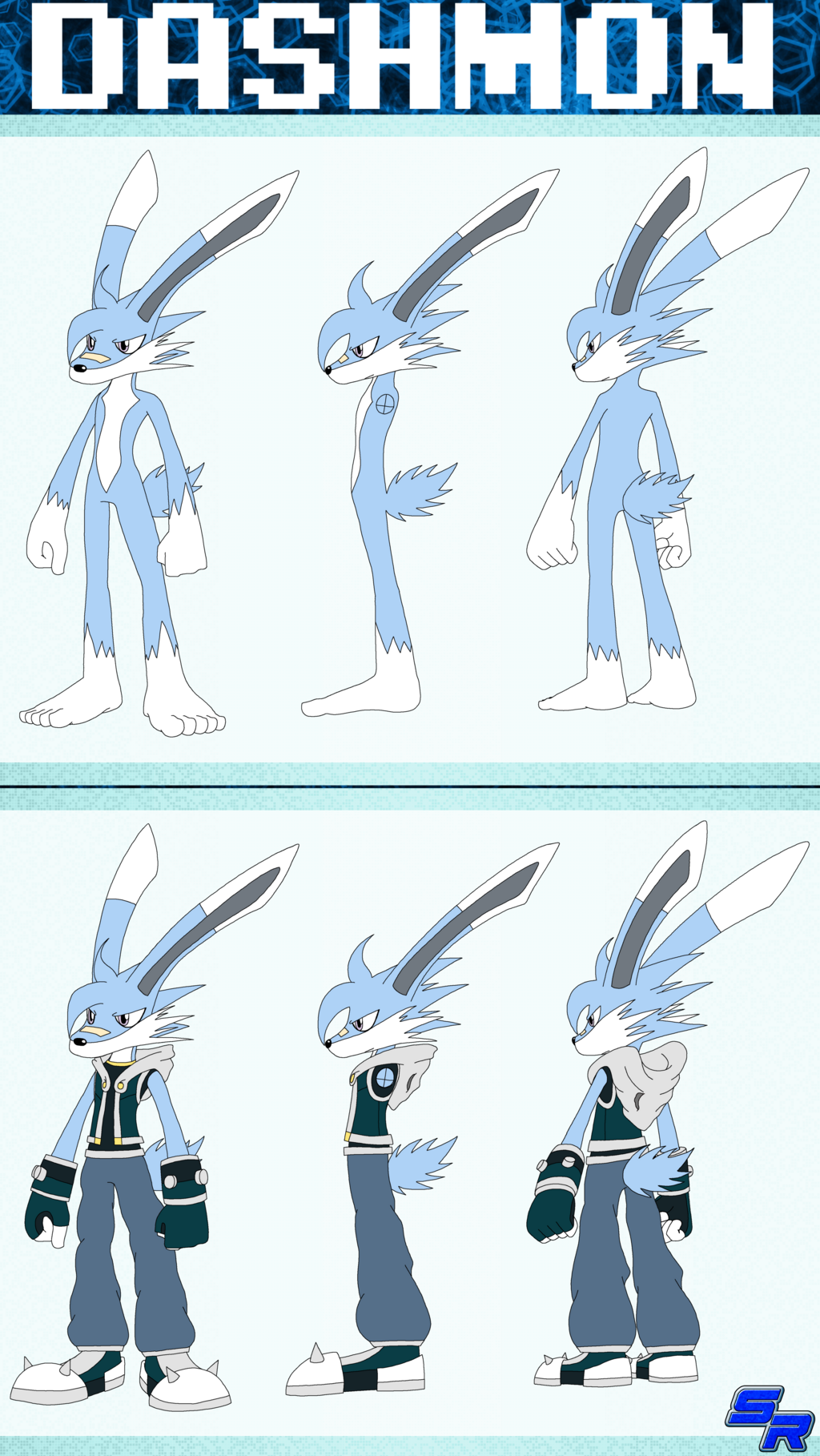 This Digimon was based off of a scrapped comic idea I have involving Dashypaw's persona being possessed by Garo,Ruko's arch enemy.His possession would turned him into this granted him special abilities.

A Street Brawler Digimon that is very agile.It thrives on fighting and keeps its spirit up by training in the woods and sparring with other digimon,friendly and dangerous.While its melees are good,it also has the ability to extend its arms to attack with its "Spring Punch" which is very quick.Its arms change from organic to metallic for protection when about to stretch its arms.

While it has many melees from short to long,it also has a few projectiles.However some of them take up to perform,one of its moves "Quick Wave" requires it to focus its power into its fist and hit the ground which creates a forward-moving ground-traveling shock wave.

Spring Punch: Extends its arm to punch the opponent from a distance.

Spring Assault: Launches itself towards the opponent with its spring arms and strikes with a jump kick.

Quick Wave: focuses its power into its fist and hit the ground which creates a forward-moving ground-traveling shock wave.

Dashing N' Bashful: Combos the opponent by first punching the center of them which follows into a series of fast punches and kicks with the last hit being a flip kick.