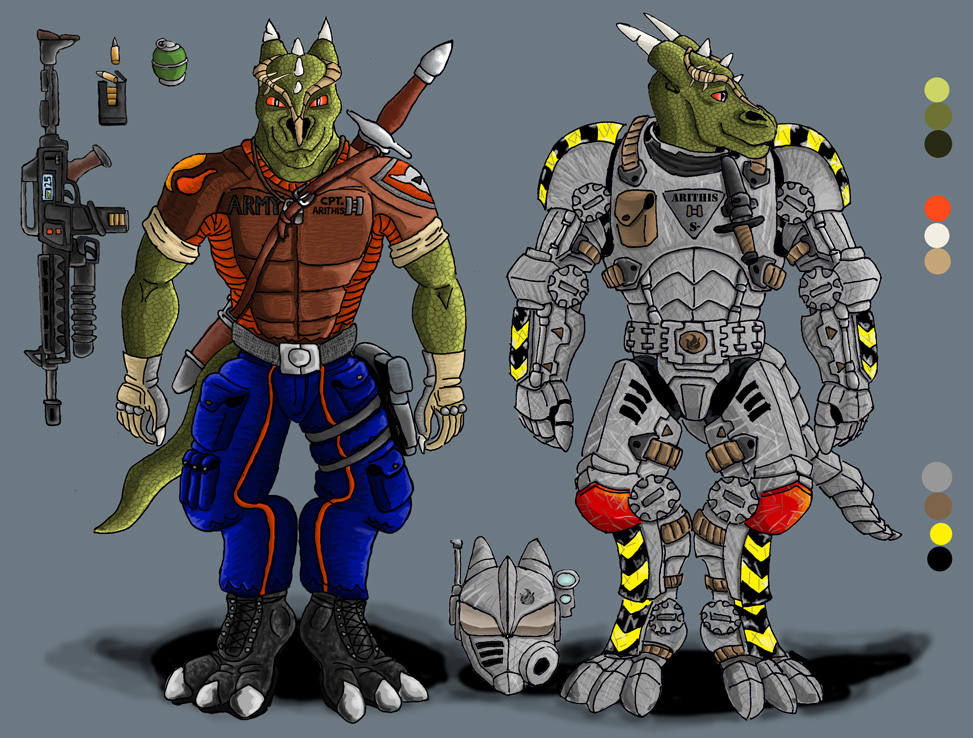 Raghrek "Wreck" Arithis is my main character; he lives in a constructed universe that I've been working on since about 2016.

Wreck is a transformed dragon; he was actually born cis-human, but opted for transformation after arriving in the Empire of Ancalagon. He's currently a junior officer in the Imperial Army, mainly because they let him play with powered armour (and also the Army paid for his transformation).

Personality-wise, the green derg is generally fairly easy-going. He does have a tendency to act before he's fully thought things through, though the positive side of this is he's not someone who will freeze up in a crisis. He also has a tendency to test limits - there's a certain sort of authority-figure with whom the green derg just does not work well with. (One of the ironies of Wreck is that he's arguably not well-suited to his career in some respects.) He's also quite prone to speaking his mind and is perhaps not the best diplomat - that said, he's also fairly thick-skinned and is difficult to offend.