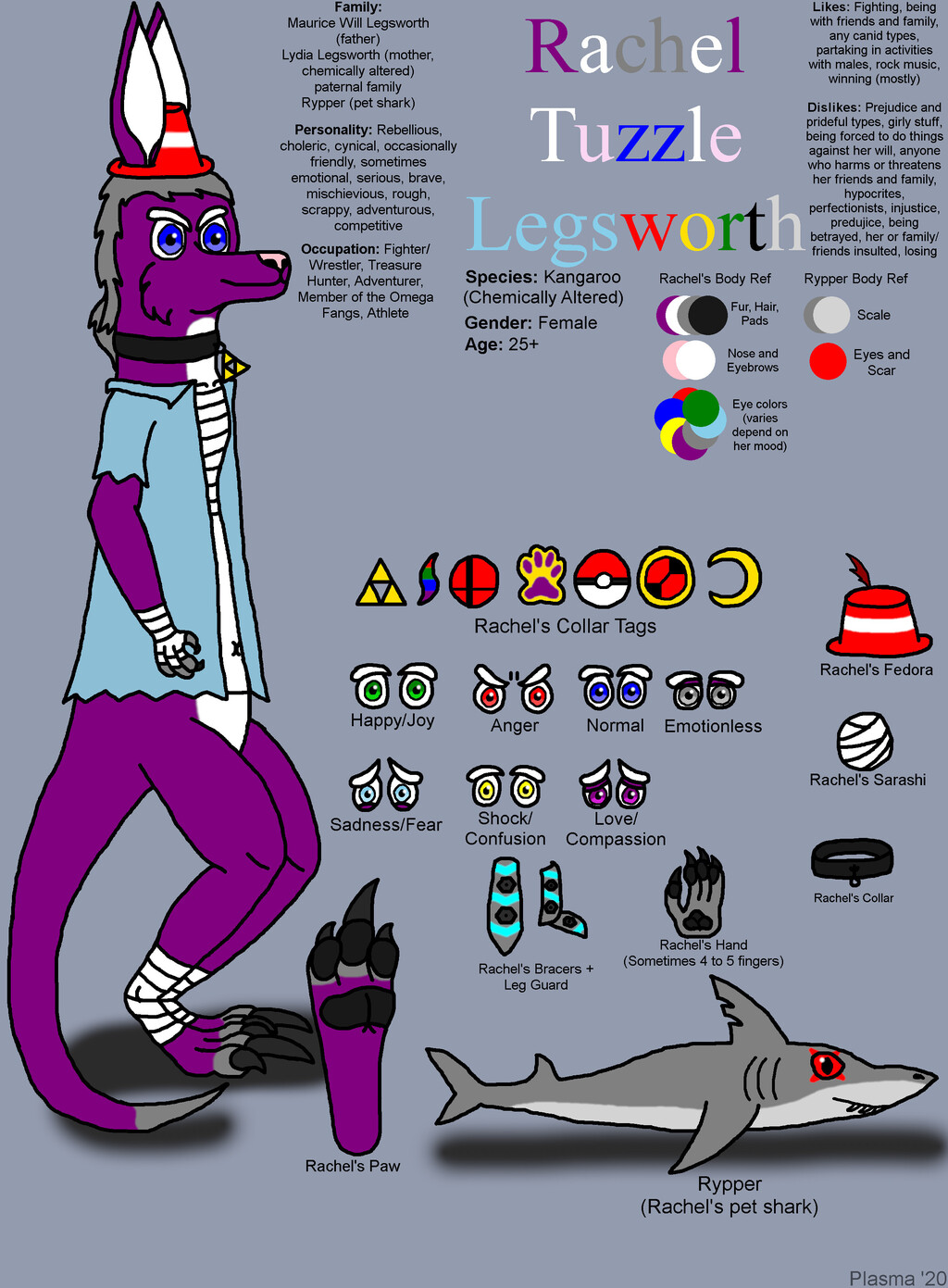 This is my final art for 2020. My revamped ref of my kangaroo, Rachel.

Bio: Rachel is a female purple kangaroo born to a red kangaroo father and a blue kangaroo mother. She’s an antisocial kangaroo with a scrappy and violent personality she inherited from her father but she looks like her mother. When growing up, Rachel was mistreated by others because of her rough personality and abnormal fur color due to her mother being exposed to a chemical grenade that permenantly altered her genetic makeup but cause no physical harm. As she gets older, Rachel started to become a bit rebellious towards her folks but she still helps out due to her having her mother’s gentle nature. She eventually met a vampire wolfbat named, Plasma and a narcoleptic gluttonous rex named, Vivian only to harbor a bit of animosity towards them in their pre-teen years but eventually warms up and became friends to them. In their teens, the trio became really close to one another and helped each other with their problems and sometimes spends their quality time with each other and more friends than so.

Appearance: Rachel has purple fur with a white underbelly and gray hair, hands, toes and tail tip. She also wears a blue vest, some sarashi on her body, a red fedora hat and a black collar with a triforce tag. She occasionally switches tags on her collar however likes. Also, she never wears pants due to an incident in her childhood. Eye colors changes depends on her mood.

Personality/Traits: Rachel speaks in an Aussie accent and is a pretty good fighter. The roo also has a violent temper and is quick to anger since she inherited from her father along with her cynic demeanor. Due to her tomboyish nature, Rachel’s often mistaken as a male since ironically, she hates doing girly things. She always hated those who tries to force themselves on her and hates being cheated on. Rachel can be a gentle doe whenever someone is nice to her but she can be violent if threatened or insulted. Her eyes also change color depends on her mood plus, she has a major weakness to dogs and she also have an omnivorous trait as well.