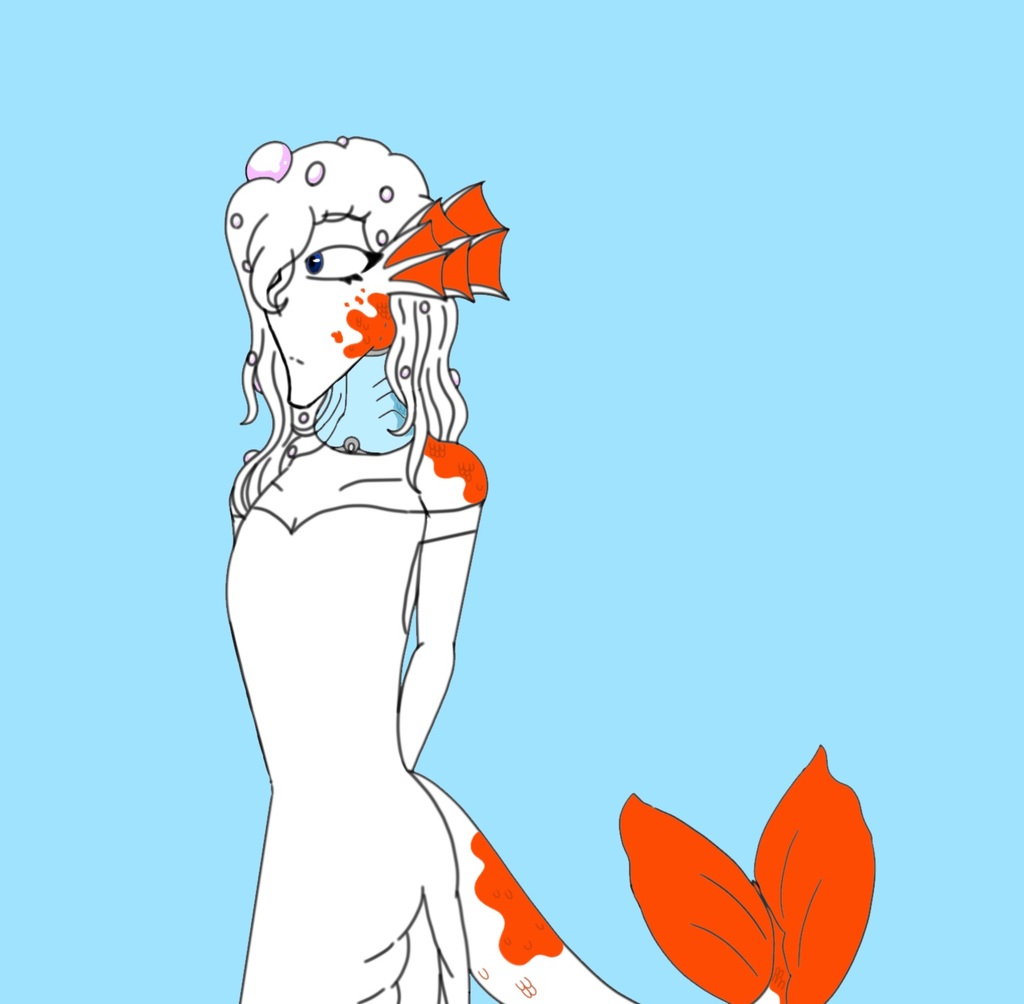 Destined role: The Koi and The Dragon
They/Them
Nickname: Bindy
Side: Royal, but doesn't really care
BFFAS: Vixeah Slyfox
Roommate: Vixeah Slyfox
Belinda is the child of the koi that scaled a waterfall and became a dragon, and that is their destiny role, which they don't have a particular attachment to, but they are fine with eventually, and thus they land on the side of royal
Bindy wears basically a choker of water around their neck, around their gills, so they can breath on land
Bindy's best friend forever after and roommate is Vixeah Slyfox, who belongs to ShinyNymphia, their room, I figure, looks rather forest-like, though I have no talked to Phia about it
Bindy is also friends with Ashlynn Ella, Cerise Hood, Raven Queen, and a few others
Bindy has a massive crush on Hunter Huntsman, Ashlynn Ella's boyfriend, and they would never even dream of trying to sway Hunter away from Ashlynn, at the celebration of True Hearts Day Belinda officially gives up on Hunter, though that is when Ashlynn corners them and asks them how they feel about Hunter, as she saw the way they were looking at him
Upon admission of their feelings, Ashlynn vows to help Belinda get with Hunter, as she knows Hunter likes them as well, the three of them eventually end up in a poly relationship after Thronecoming, with both Ashlynn and Belinda dating Hunter, and being even better friends than before