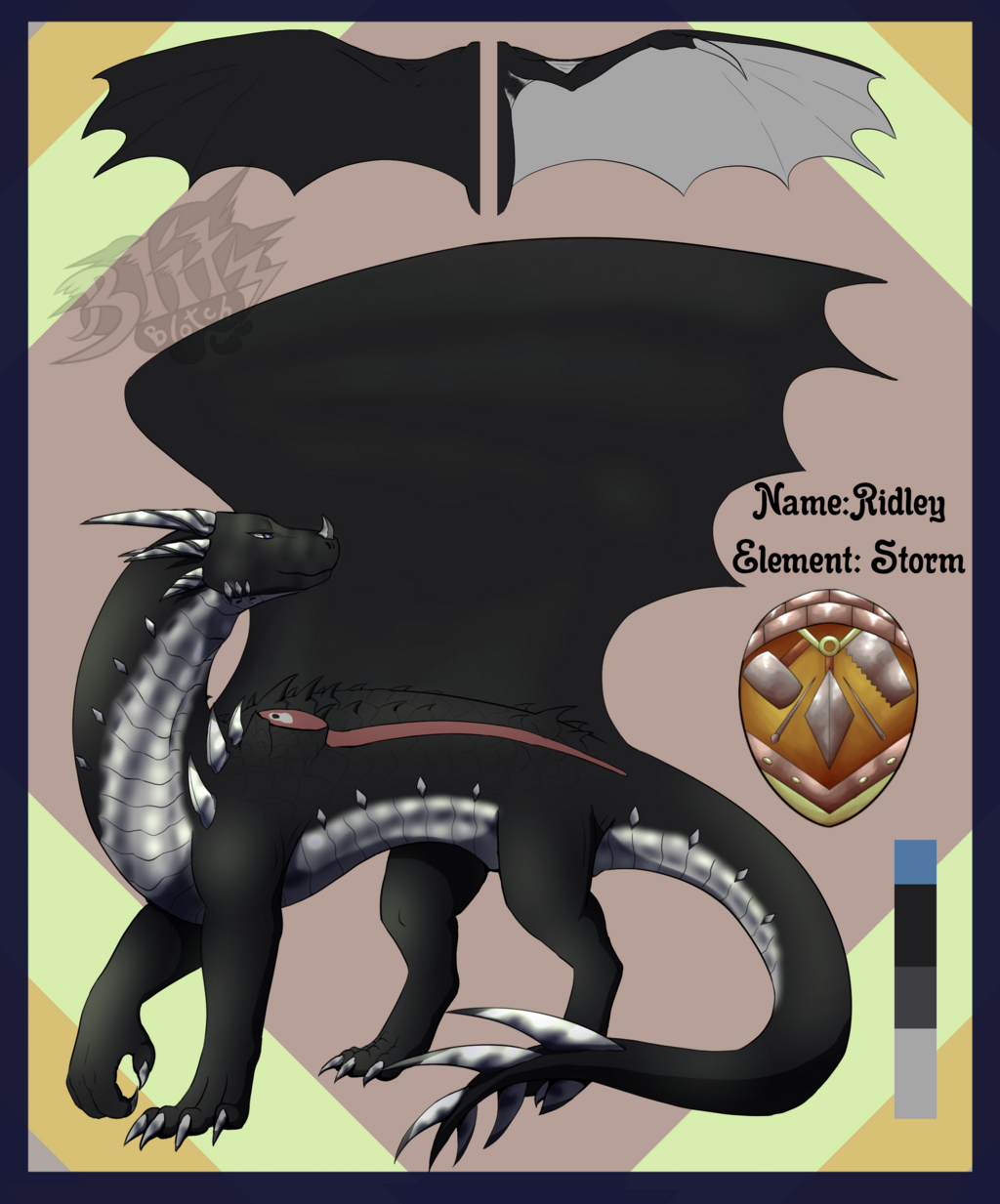 Name:Ridley
Gender: Genderfluid- will respond to anything

Job: Carpentry(computers arent really a huge thing yet also I think they might be bad for tech.)

This storm dragon has black metallic scales with silverish underplating. The back has sharper spikes that can cause a small amount of damage and cuts. The metal coat attracts and stores electricity like a battery, making it uniquely immune to electrical damage. Releasing said electricity in concentrated beams, but unable to generate this on their own.

Horns, claws and teeth all have higher amounts of metallic properties making them all very sharp and dangerous.

Diet is mostly omnivores with plants and meat being in majority of meals. Metal ore / or supplements being provided, needs to be ingested to keep scales healthy and shed properly. Waxing reduces risk of rust.

Rust risk when improper care of scales is taken, resulting in massive amounts of discomfort and pain.