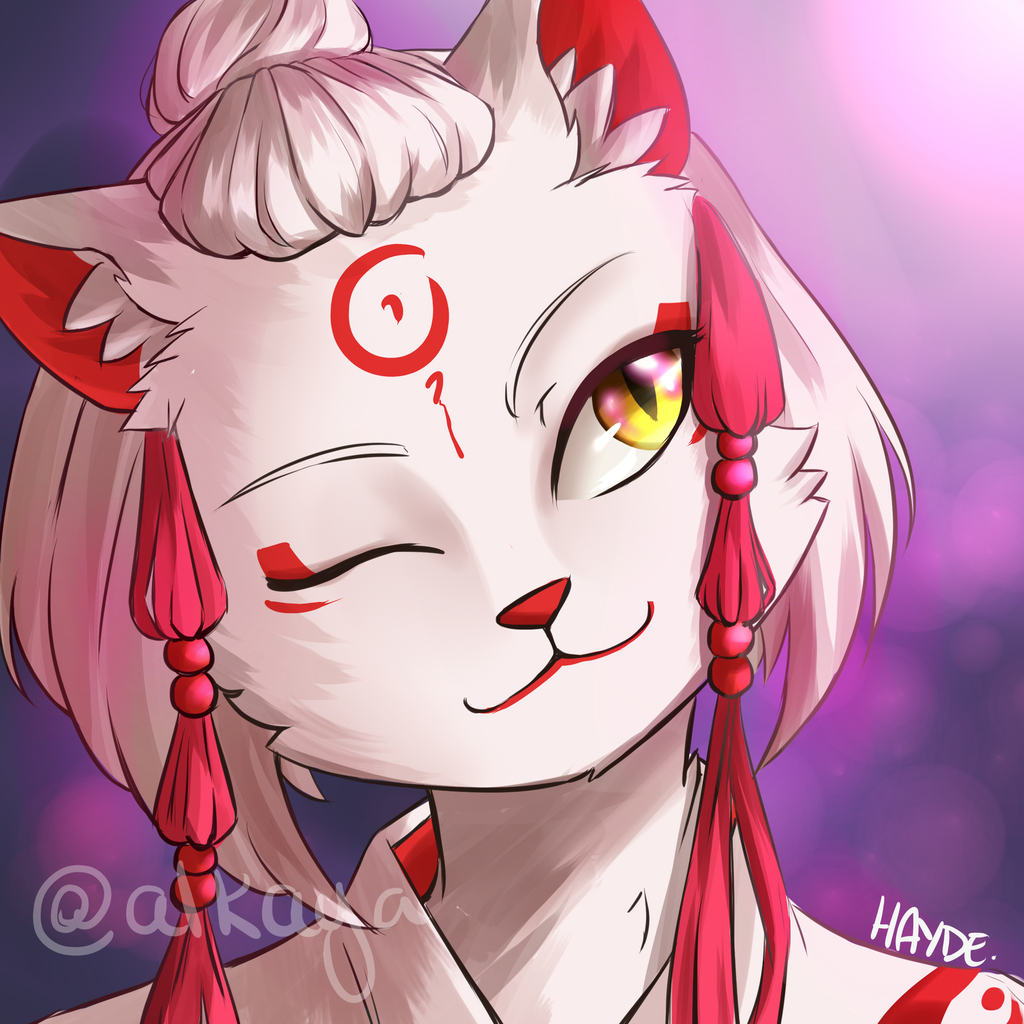 I've divided myself into three sonas, each one representing a little of my astrological map.
Hayde is my sun, Gemini, the creative but also impulsive part. She has to be held by back Alkaya many times to not end up doing something stupid just for sheer curiosity.

Unlike Alkaya, she doesn't really enjoy face to face confrontation and would rather be a quick/stealth warrior. If she can take the enemy down without anyone noticing, even better. But that's not because she is afraid, but rather to the fact she thinks it makes her look even cooler.

Her general appearance is energetic, which make others think she might be a little naive. But it takes very little to flip a Gemini's coin and put her in assassination mode.