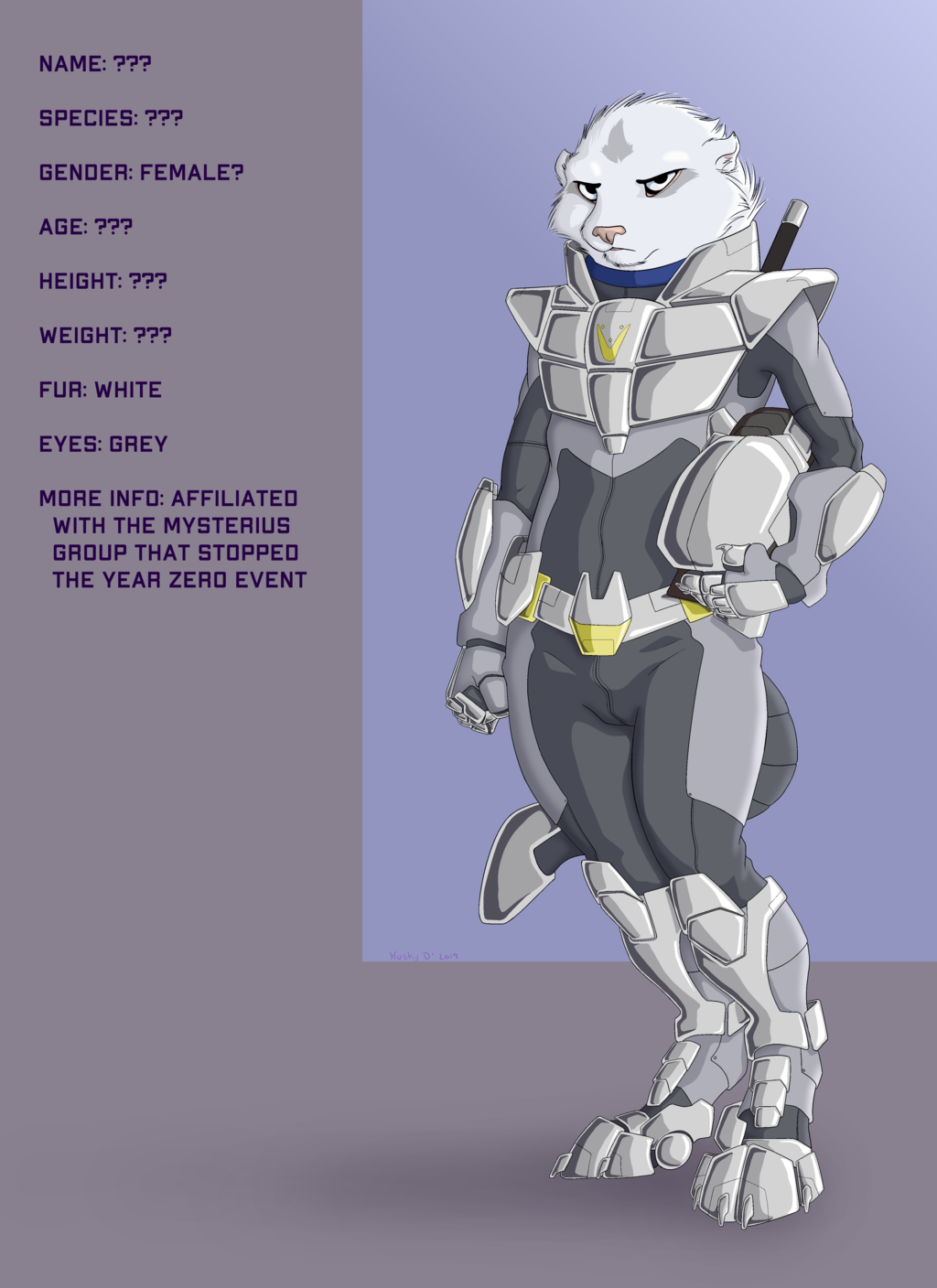 "Just as Hasky ran away into her shattered home, grasping tightly into little FX as the heart-wrenching pain of not seeing her pack again took the very little ounce of energy left, the evil mask of death closed in. Nowhere to go, Hasky had done all that her tired body could let her. She would not go without one last attempt to protect the little puppy. Placing her body as a shield... she would take the blow. maybe the machine wouldn't see the pup and assume its evil objective was achieved.

A Silver star of hope shined deep in the shadows. One swift strike had severed the machine's weapon of choice. Hasky would live to see her friend's pup grow and see her own be born. Canis Major was saved. These mysterious furred aliens have purged the evil from the Evocani's home..."

Well, I mean, some already know this character from many years of me drawing her and because it's one of my main characters. But for the sake of the comic's progression, I'm keeping in the shadows XD