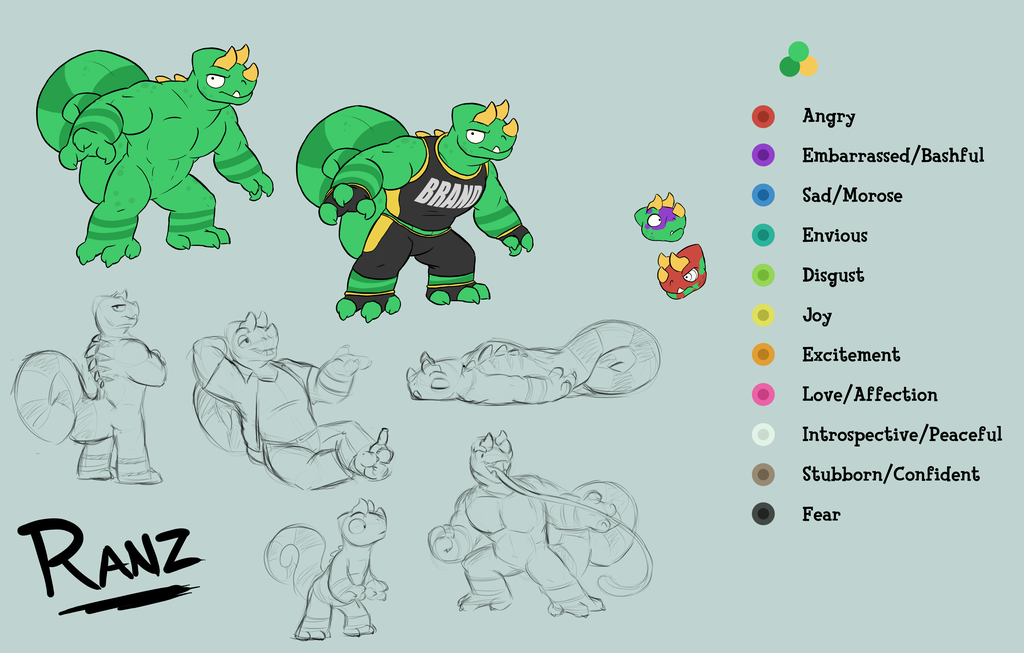 Ranz is a big, lazy, sleepy monster chameleon. Nobody knows where he came from, not even Ranz himself. His backstory he tells people is just: one day he started growing and never actually stopped. He takes things easy, sunning himself most days, grabbing his own snacks or drinks from whatever poor civilians stockpiles he gets his hands on, and catching the occasional drive in theater or having a siesta at the park.

Ranz's profession is a professional kaiju fighter, performing for audiences and televised events in the Kaiju Fight League. His practiced martial art is listed as Kaiju-jitsu, and is really an expanded form of grapples, pins, and throws.