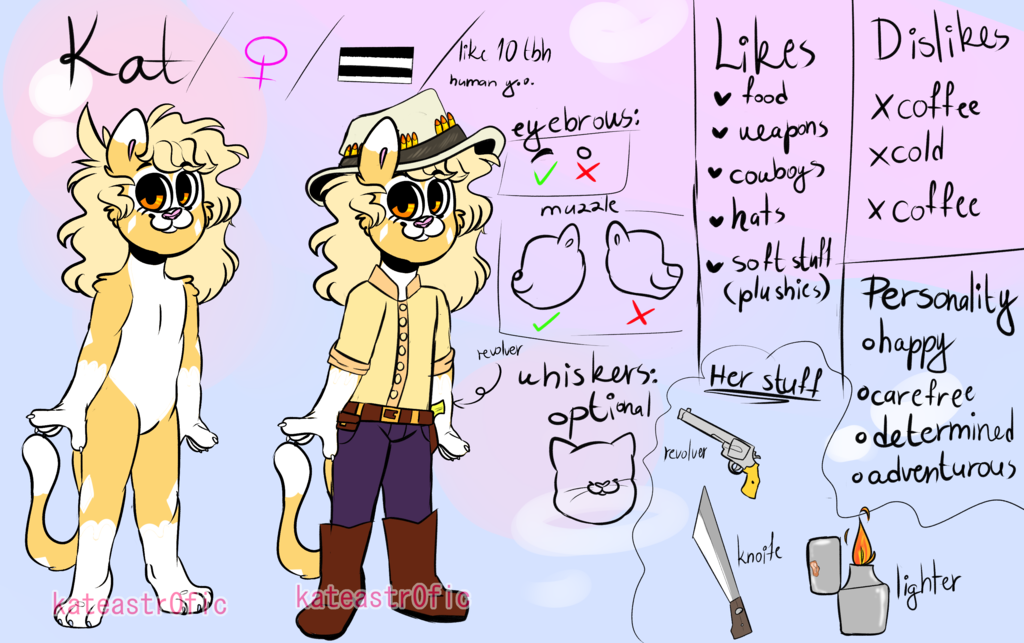 Kat was born in Texas, and she lived in a normal family, with her father George, her mother Isabella and her 2 siblings, 1 year older brothers: Jacob & Anthony.
The day was like any other, she and her brothers were playing catch around the house until she stumbled upon the big white closet and bumped into it. She bumped so hard, something from the top of the closet fell on the ground. It was a revolver. Kat had knowledge of guns, hence she has seen her uncle Scott fire a gun multiple times, but, she has never done it herself. Jacob came around to see what she's looking at. Everything was fun and games until Kat accidentally pulled the trigger and shot her brother. Her parents and her brother heard the shot so they ran to see Kat with a blood-covered revolver and her brother on the floor, dead.
Her parents did the only logical thing, that is to kick her out of the house when she was only 3 years old. Kat's mother begged George to not do it, she's just a child! It was an accident! But George did as he pleased, and if Isabella doesn't want to leave her child so bad, she can just leave with her.
George personally kicked Kat out, only with water and the gun.

"If you wanna become a rascal like your Uncle..." George said, "then be it."

And here starts the adventure of Kat.