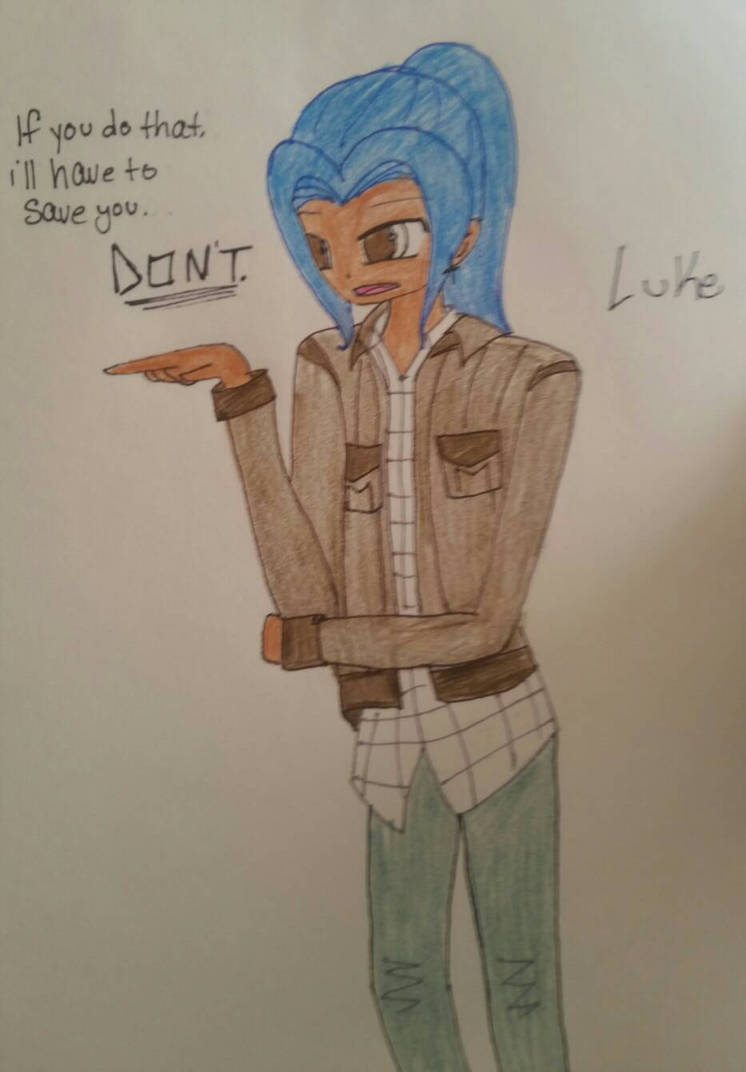 An Angel on Earth, who gave up his spot in Heaven to stay close to the Human he was assigned. He can be laid back and chill, however, he has an angry side that you don't want to see. Anything and everything will be destroyed when he's angry.
He has moments when he's very no-nonsense, usually regarding the safety of his Human, and is always tired cause he keeps rushing in to keep his Human safe from things.
He tends to be very "if you don't bother me, I won't bother you" with others, including Demons however he has a deep and intense dislike for the Demon Aziel, as they are both the Angel and Demon for the same Human. Luke, does what he can to keep Aziel away from his Human, and will become physically aggressive if he has too.

Lukes powers are summoning his wings so he can fly, he can also create orbs and beams of light to stun people and heal them, he can also summon up Holy Weapons in the shape of guns to fight against others, though they are strongest against Demons. As Luke is an Angel assigned to a Human, he is also able to sense the wellbeing of his Human, including emotional wellbeing and all that, and can teleport to them.