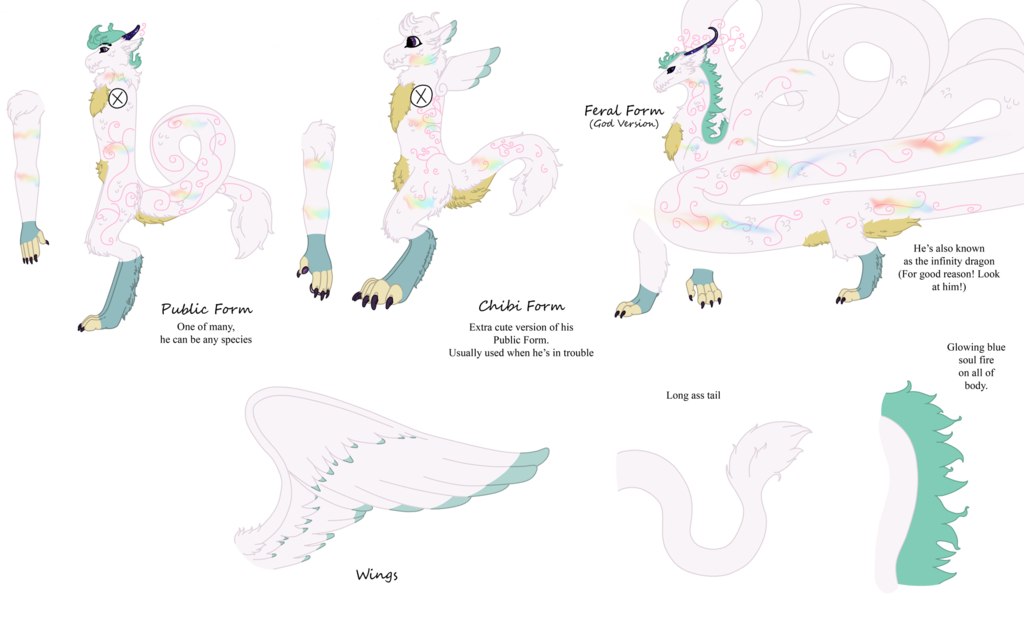 Special Powers: As he's a deity, he can do as he pleases. He also happens to be a shapeshifter and can be any species he pleases. He can change appearance at will and is more powerful than all the Pantheon put together.

Info: He's the origin God, meaning he created all the Gods we know today. Even some we have long forgotten. He is as 'long as the universe itself is large'. But he often uses forms more friendly to the public. He doesn't like to intimidate or frighten others. Actually, he's a big sweetheart.