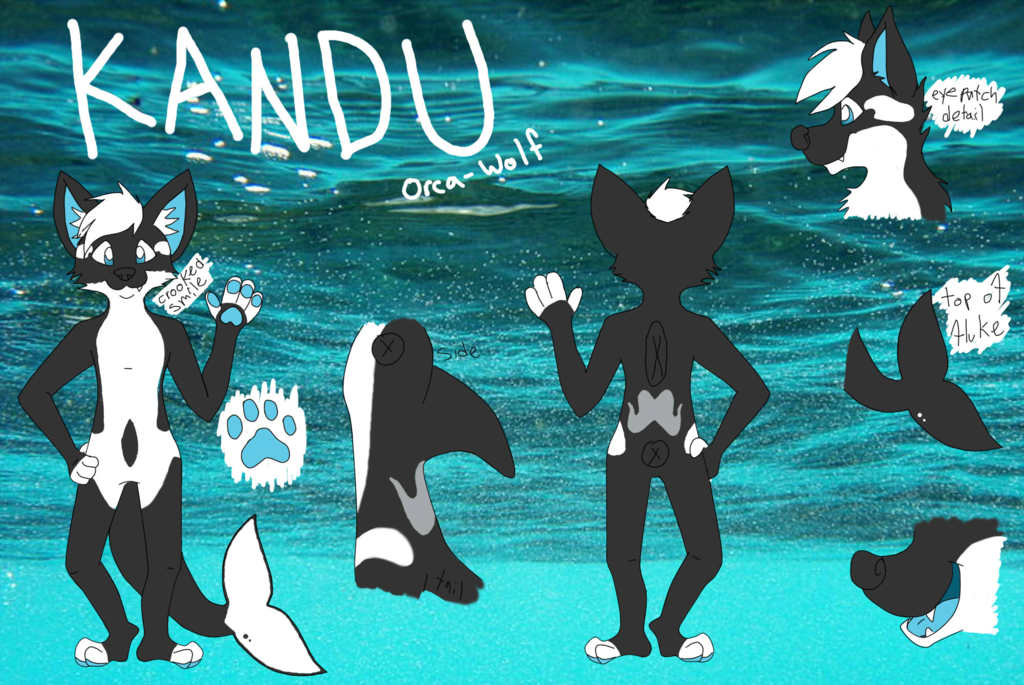 Meet Kandu! Named and modeled after Kandu5, a captive orca who died at SeaWorld back in 1989. I'm not entirely sure why, but for some reason I am so drawn to this whale.... Anyways!

At 19 years old, he resides in San Antonio, California, though his is originally from Iceland. He is feisty and his jokes are often taken for bullying, resulting in him not having very many friends. He is beyond possessive of those he loves and would do anything for them. When he was 14, another orca named Corky started messing with a close family member of Kandu's, and needless to say, a fight ensued. Corky broke Kandu's jaw, hence the crooked smile and snaggle tooth.

I know it sounds really dumb, but the story is actually really relevant to the life of the real Kandu5, who died protecting her calf Orkid.

But this Kandu is a boy.

This ref is mostly for markings, not necessarily style. I drew him way too cute to actually depict his real attitude x3

You can find the backgroung image here : http://en.wikipedia.org/wiki/File:U.....ater\_world.jpg