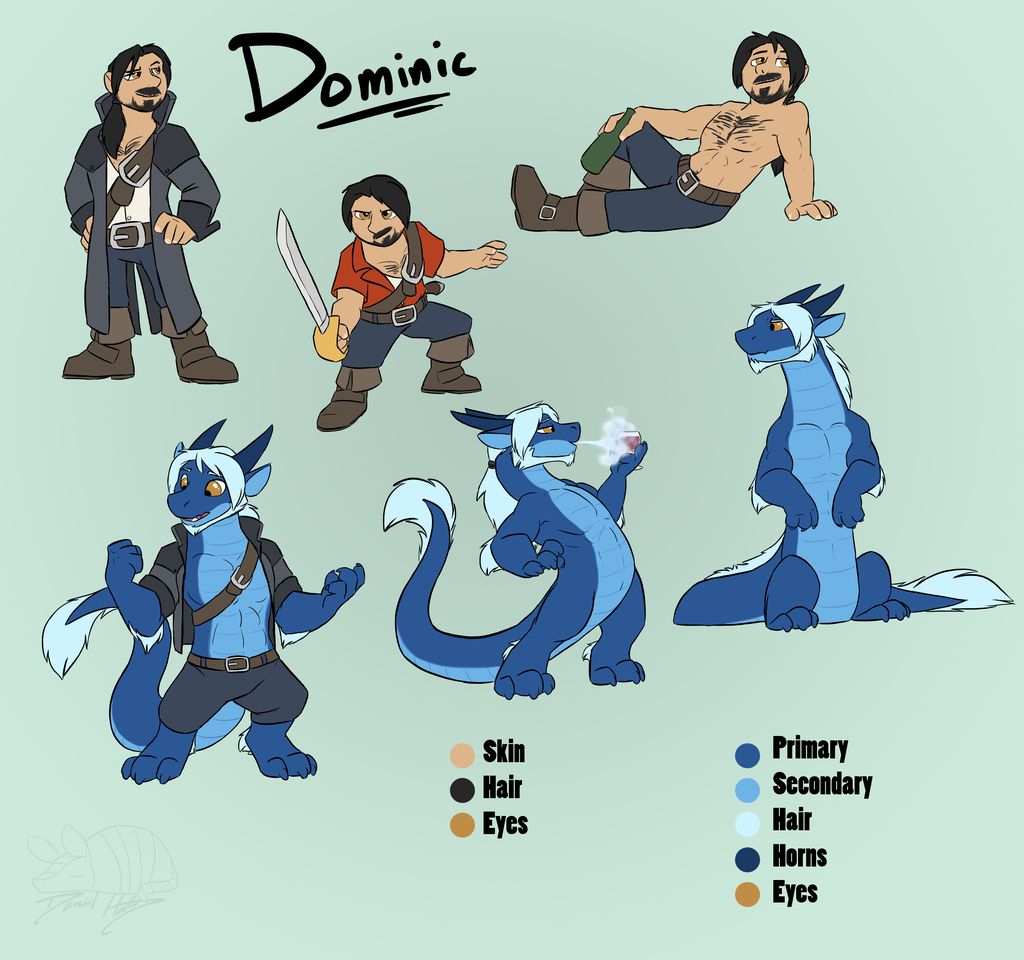 Dominic is what you would know as the stereotypical "dashing rogue". He's witty, charming and has a slight tinge of vanity mixed with the thrillseeking of adventure. Through his adventures of dungeon delving, thievery, and trail of broken hearts, he had picked up a curse that began to change his form to that of a monstrous dragon to reflect his selfish nature.

The curse grows worse as he would accumulate wealth and begin to hoard. And the changes, in giving him more power and agency, might be feeding itself into his curse, making him more selfish and greedy and progressing the curse further.

Only when he is able to reflect upon his faults and atone would Dominic return to his former self.