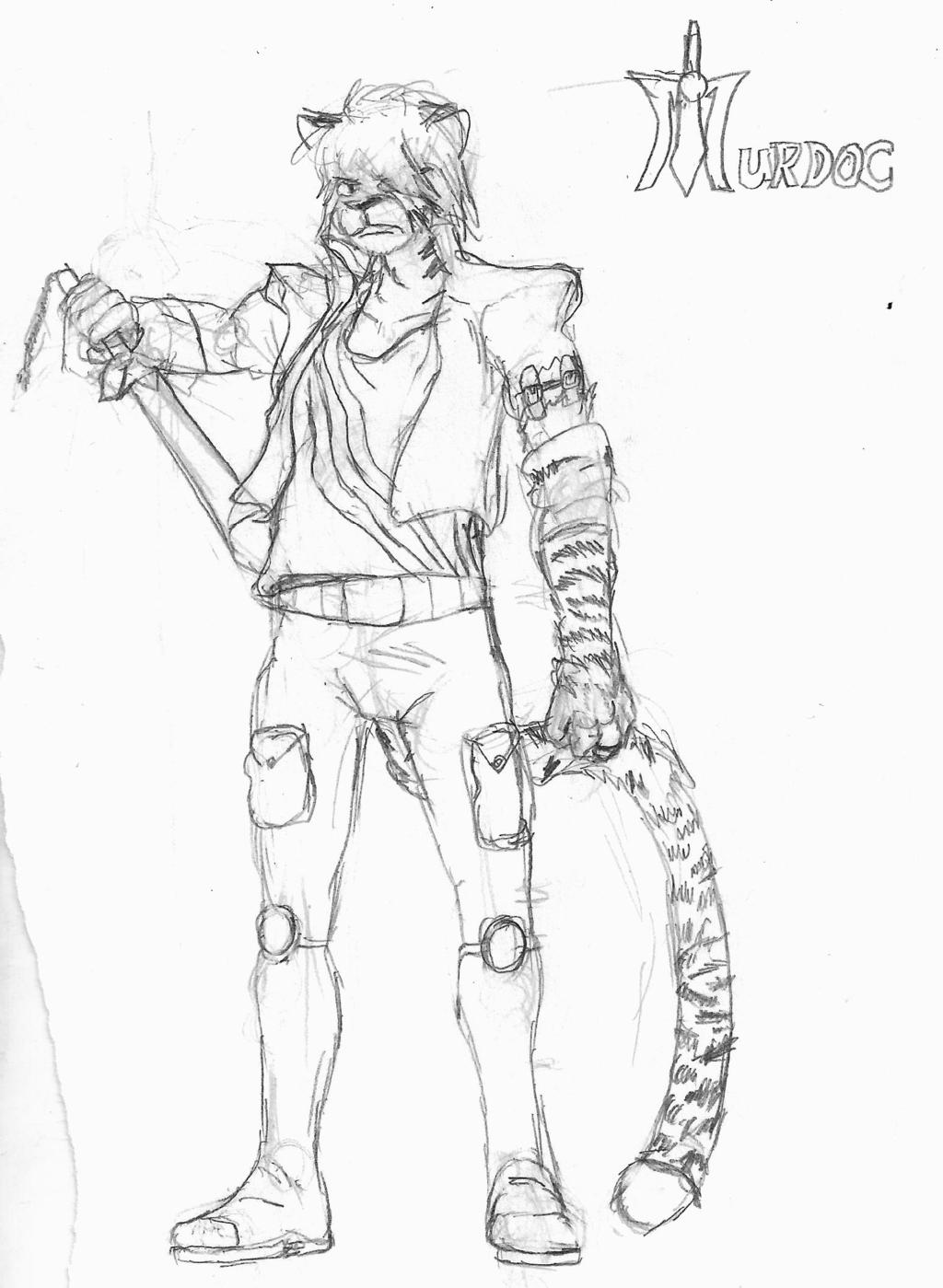 At 17, Murdoc got caught up in something right out of a crazy sci-fi movie. A psychic monster from another time and another world was devouring everyone in its path, and although he got swept up in it, for whatever reason something kept him from being destroyed. Fighting and puzzling his way through a small labyrinth inside the mindscape of the monster, he slew it from within, liberating the body it had seized control over.

Now owed a debt of eternal gratitude by the Entity, Murdoc's been geared up and psyched up to be a great avenger and Saviour of the Universe, just like his illustrious father, The Blue Mage.

Except he'd rather just smoke a leaf and play bass with his band friends.

Nonetheless, he's quickly found that he has far, FAR more guts than he ever thought himself capable of having.

I went all-out for what was just going to be a toss-away doodle, as tends to happen with me. That hair's right out of Captain Harlock. In fact the whole thing was pretty much every '70s anime I could think of.

And honestly it doesn't look bad.