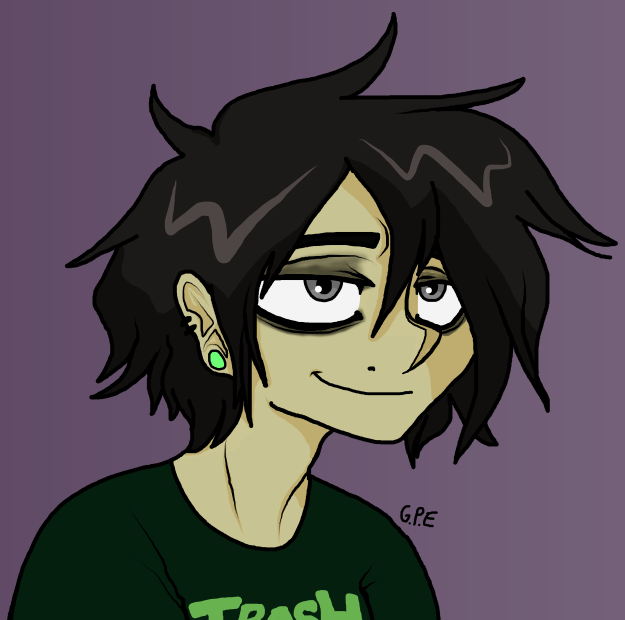 Has his own cafe and got money help from his dad. The money he puts into the cafe really effects him, this guy eats a lot of junk food and ramen. This is also why he looks really tired cause he's stressed out.

Might have some form of pica cause he eats weird non-edible things.

Dropped out of college.

When he's not in a relationship, he does get into a lot of hook-ups with acquaintances or older friends. He's also very sex-positive.

He does a lot of stupid shit that gets him hurt and in trouble.

and yeah I'm not doing a full bio but this is him.

The trash man.
Love him.

He naturally has brown eyes but he puts in grey eye contacts sometimes cause he thinks they make him look cool. He also lets chin scruff pop up on his face from time-to-time.